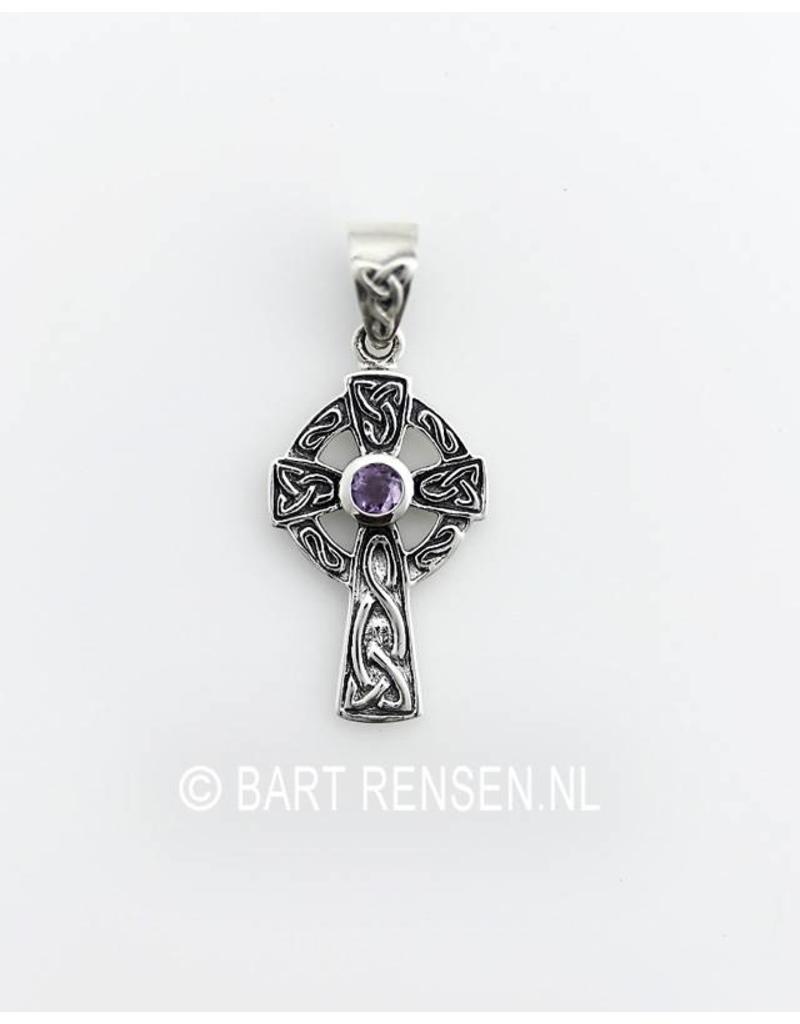 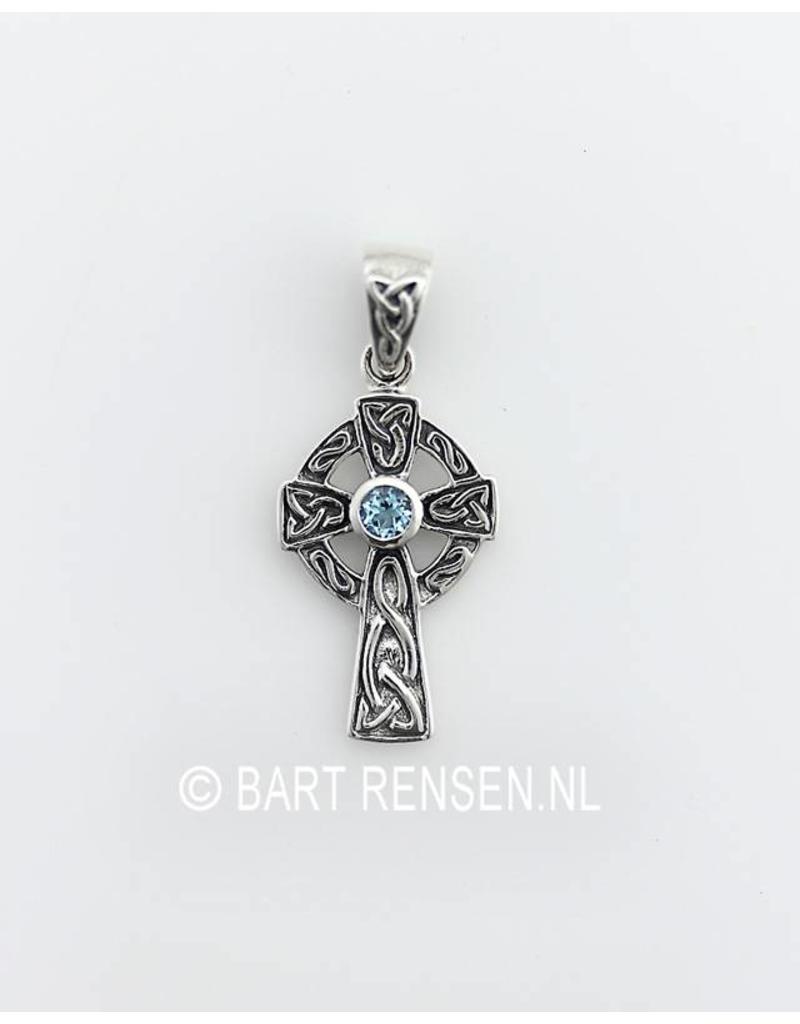 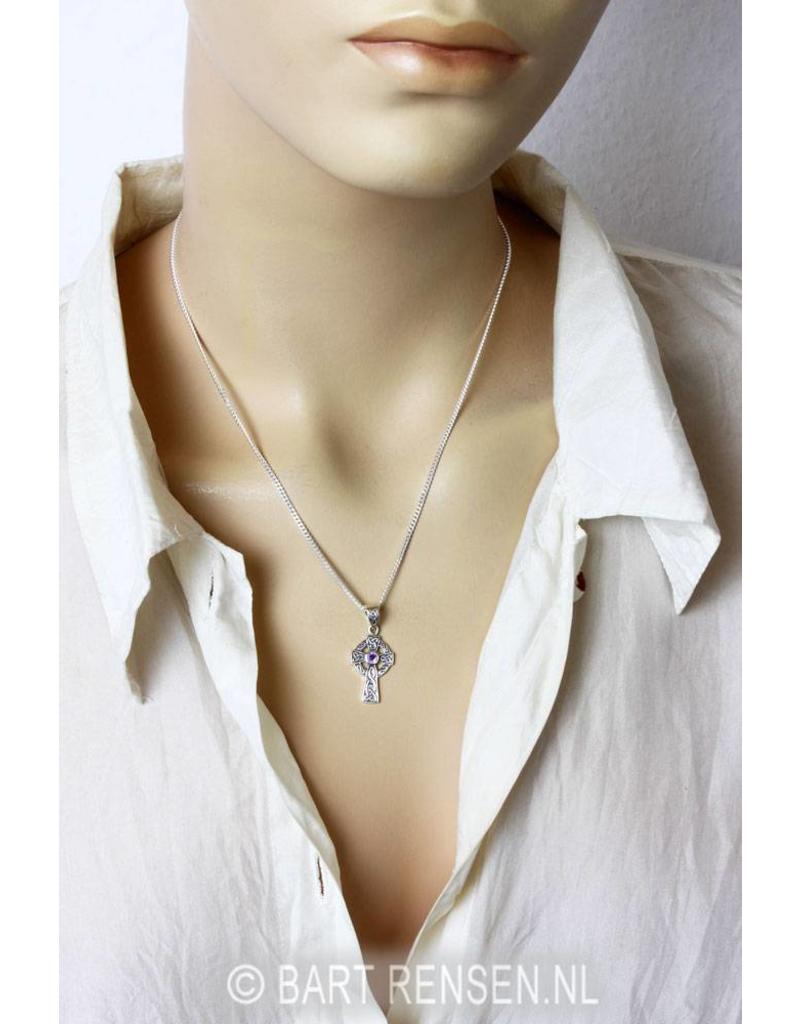 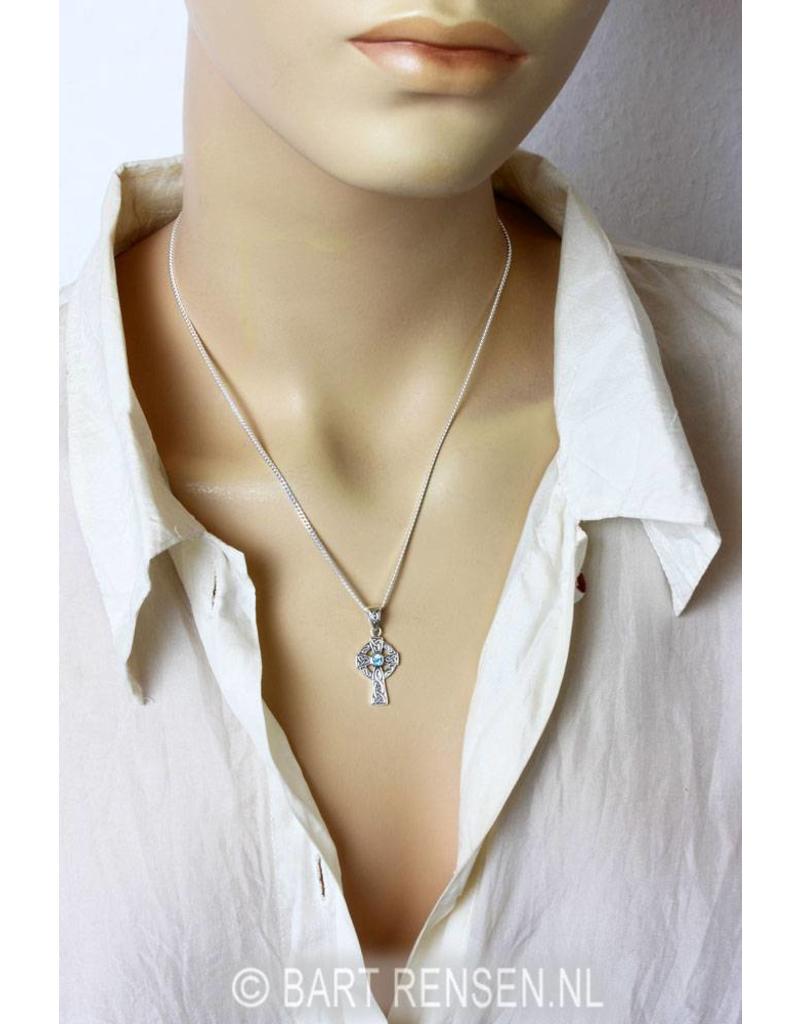 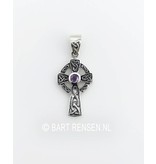 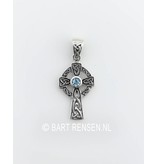 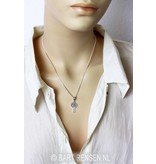 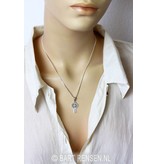 The celtic cross pendant with stone is partly gilded.

Probably under the influence of Coptic Missionaries (Christian descendants of the ancient Egyptians), Christianity spread in Ireland among the Celts, led by the Druids. This already knew a deity with three faces, of which various images and pictures exist. Thereby liked the idea of the Christian Trinity also called resonance, as proclaimed by the missionaries. Through the years converted the Druids themselves or at least offered little or no resistance. The Cross was with them already known as a symbol of the earth in N-S and E-W. There they worshiped the Sun in their system as a source of light and heat, the impact on the different times of the year, it emerged isosceles cross with a circle centered therein. The converted Celts used this sign because Cross and Light directly related to the Christ. Be the circle and the cross symbolically be seen as heaven and earth. The bottom line was later extended so that the cross was placed high. The four recesses or apertures within the circle are created in the course of time. Often one sees the cross in block form with the blocks biblical scenes or braid decorations. They call it cross with equal beams the Druid Cross and the other Celtic Christian Cross. Chr. Celts, however, have never shown a suffering Christ on their crosses. The image of the crucified Jesus is both much later emerged in the Eastern Orthodox and Western Catholic Church.