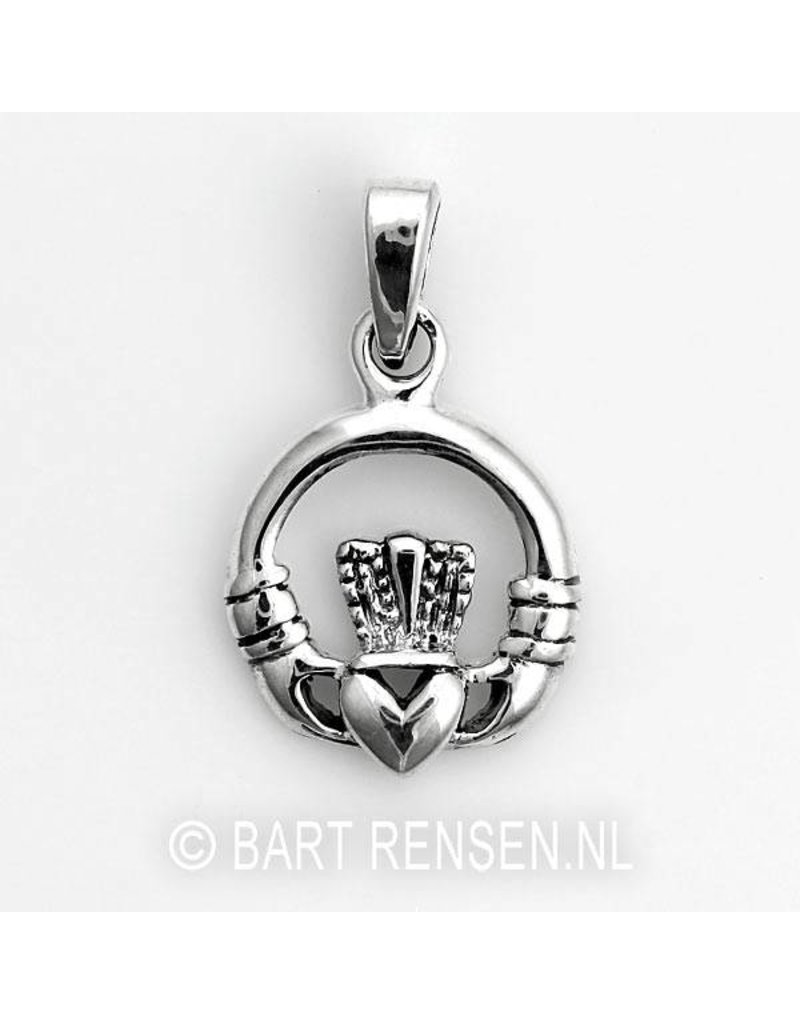 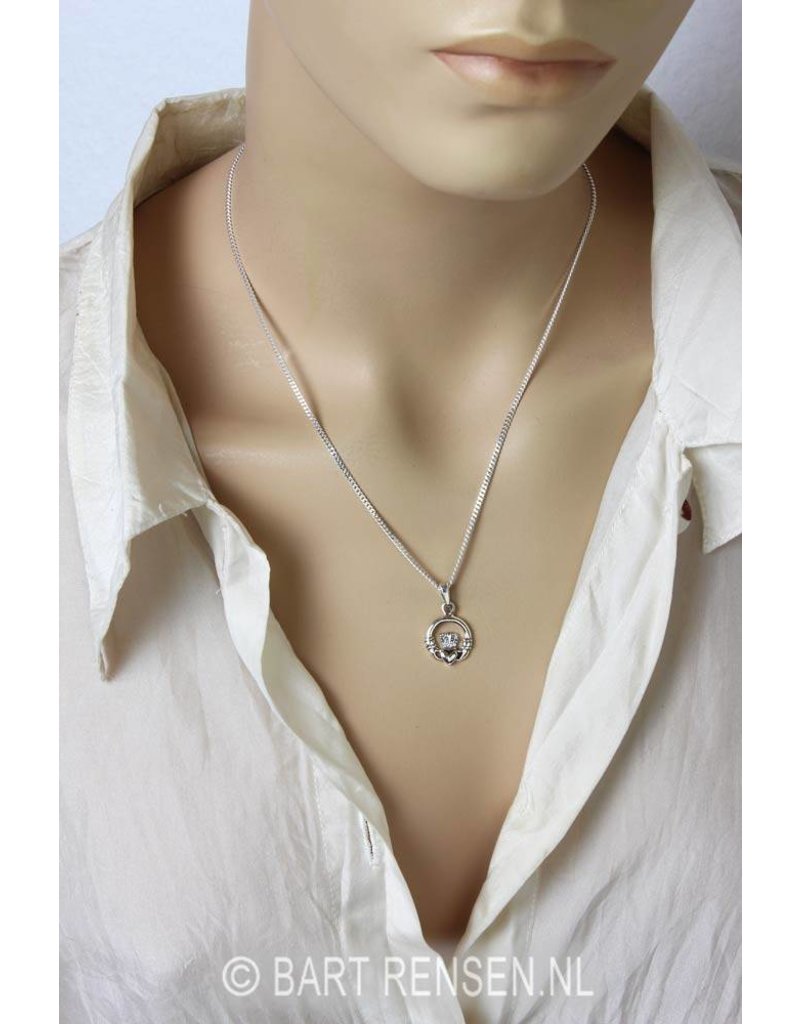 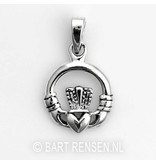 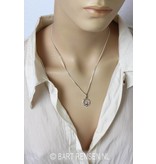 The design is a heart with a crown adorned between two hands.

Named after the Irish village Claddagh located on the Galway bay.

Traditionally the symbol was used as a ring, it was a family heritage that was given during an engagement, friendship or as a wedding ring.
The symbol is structured as follows: the heart for love, the hands for friendship, and the crown for loyalty. The top is formed by a Celtic knot, symbol of infinite existence.

The celtic Claddagh pendant has been around for centuries and is worn all over the world. 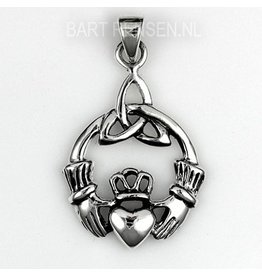