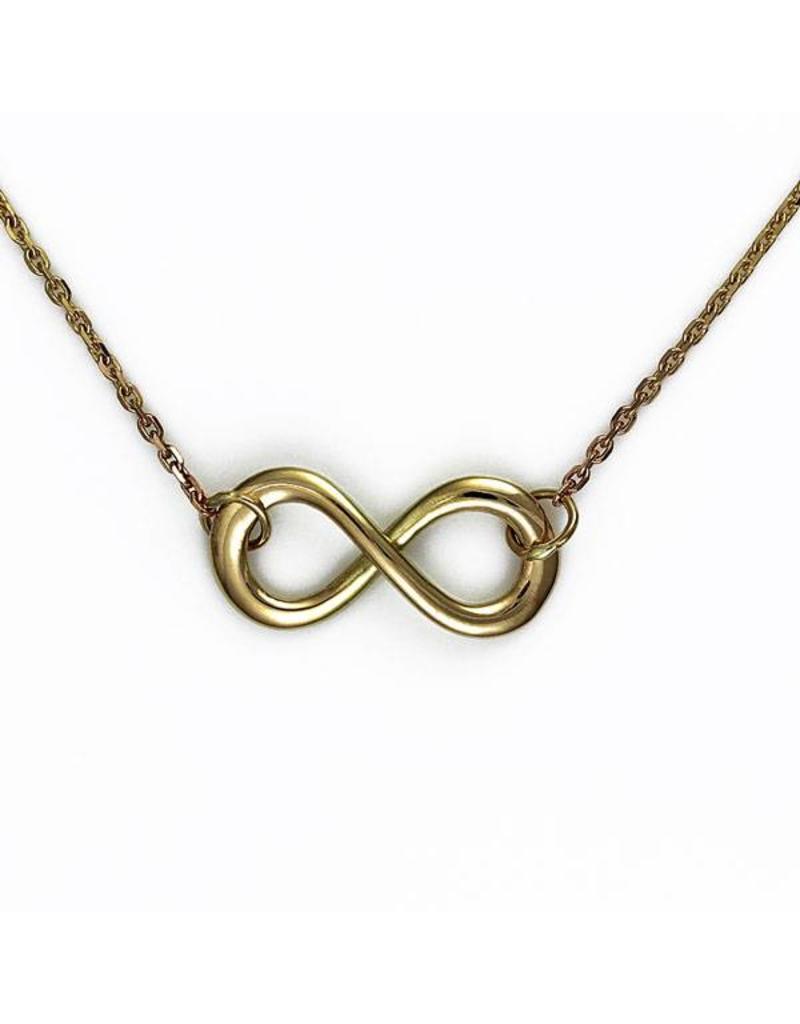 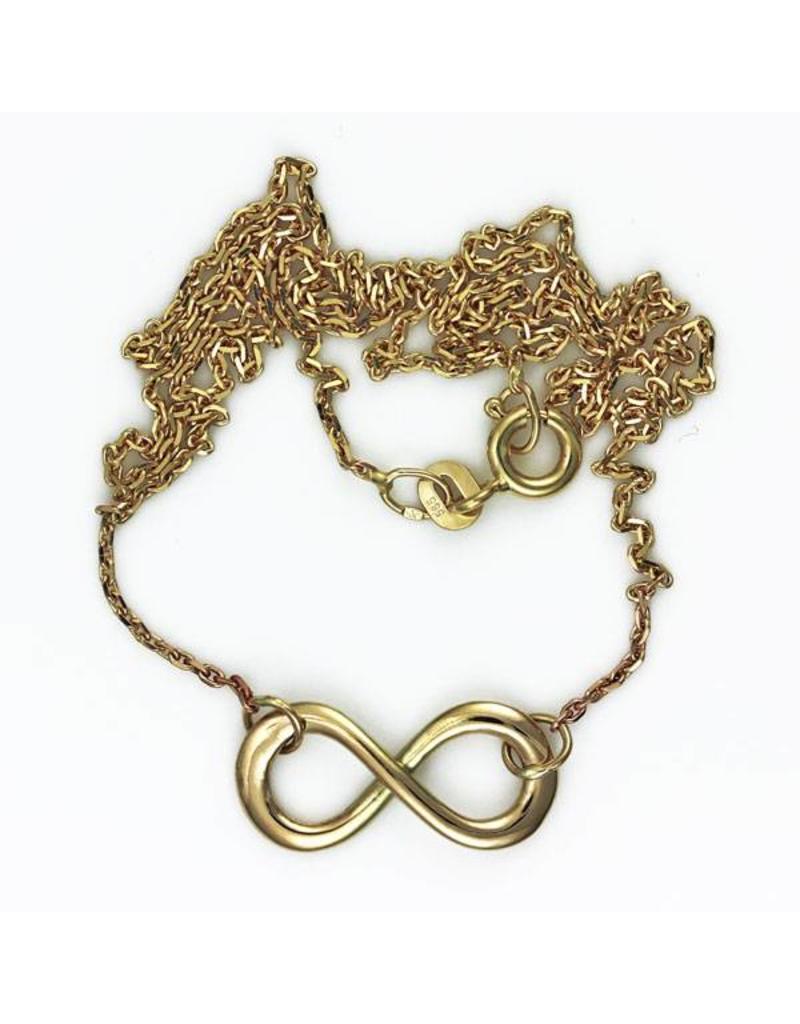 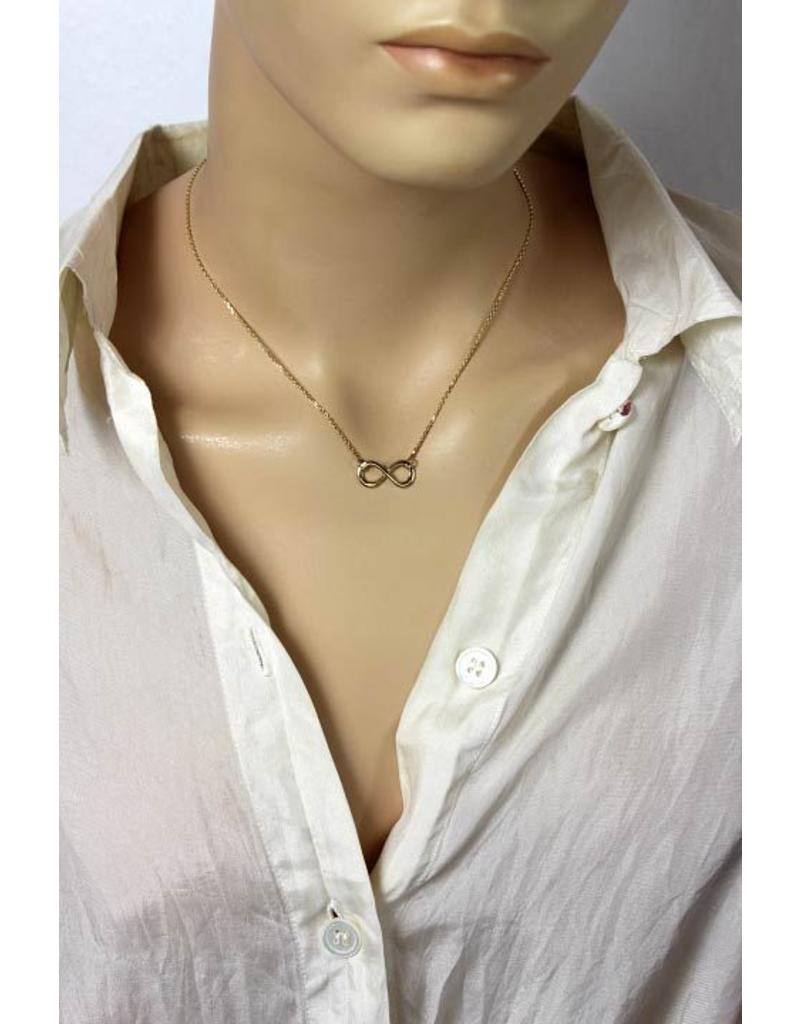 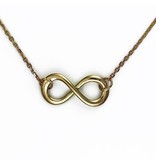 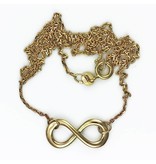 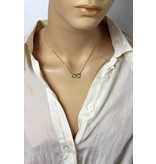 The size of the golden Infinity pendant is 19 x 9 mm.

A beautiful version with a thin to thin thread.
The accompanying fine anchor chain (1.2 mm link) is standard 42 cm long, incl. The hanger length is about 44 cm long.
If you want a custom length, you can indicate this on the order list under comments.

A lemniscate can be seen as two circles that have entered into a relationship between yourself and the other, between giving and taking).

At the intersection of the lemniscate there is a tension field with possibilities for interaction.

Symbol of eternal life and the interaction of opposing forces.

Symbol of endless transitory time.
The lemniscate occurs in the tarot, in the magician, which is also called the juggler. His hat is in the form of a lemniscate: the eternal principle. That indicates that he is in communication with divine powers with his creative activities. It is a symbol of the balance between the physical and the spiritual.
The lemniscate is also the symbol of infinity in mathematics.

The golden Infinity pendant refers to the law of cause and effect.

A beautifully made and finished piece of jewelry.
I bought the lemniscate as a gift for my partner. She is very pleased with it and has not taken it off since I put it round her neck the first time.
Ian, England