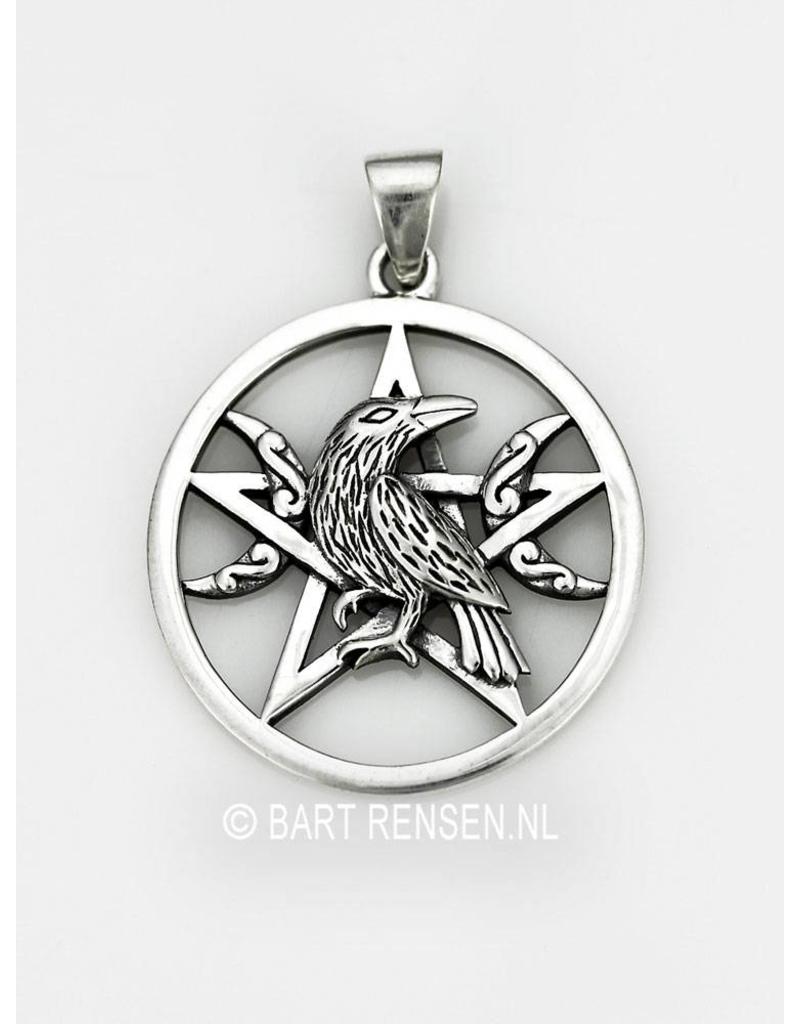 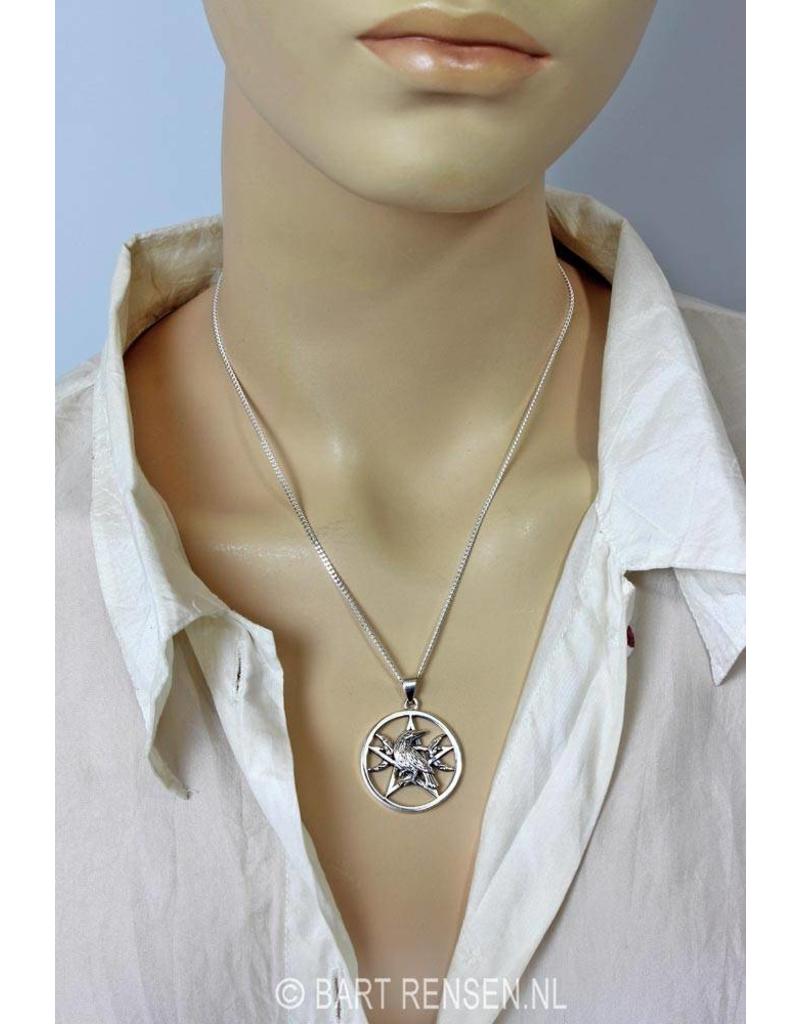 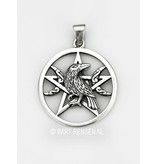 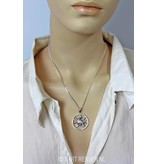 Look at related products for a matching necklace.

The raven has symbolic meaning in many cultures.

It is a divine bird because he can speak; hence he is a symbol of prophets, which are also considered to be a voice on behalf of the gods.
On the one hand, he is dealing with the sun and the light, on the other hand, with death and darkness.

Pentagram, Pentacle, Druidvoet, or five-pointed star has been the symbol of the born-again human being, the new human being.

As we follow the lines from the pentagram, starting from the top point (1) to the left-bottom (2), there is an uninterrupted movement that shows how this development path progresses. The I (1) falls into the dust, it is born (2). This is followed by growing up in the world (3), which makes it possible to raise awareness (4). By moving consciously again with the earthly (5) one will be freed from the dust and return to the origin (1). It is also the symbol of the universe and its eternal creation, in which God's plan comes to revelation.
The silver Pentagram pendant is a symbol for man as a link between macro and micro cosmos. For Pythagoras the pentagram was a sacred symbol for physical-psychic harmony and therefore a sign for healing and health. It is mostly known as a magic sign for repression and protection against negative forces, spirits and demons. With the tip up for white, down for black magic. Because the lines divide into the Gold Cut relationship, the silver pentagram pendant also refers to the forces and shapes in nature.

The Raven Pentagram pendant speaks for many to the imagination.