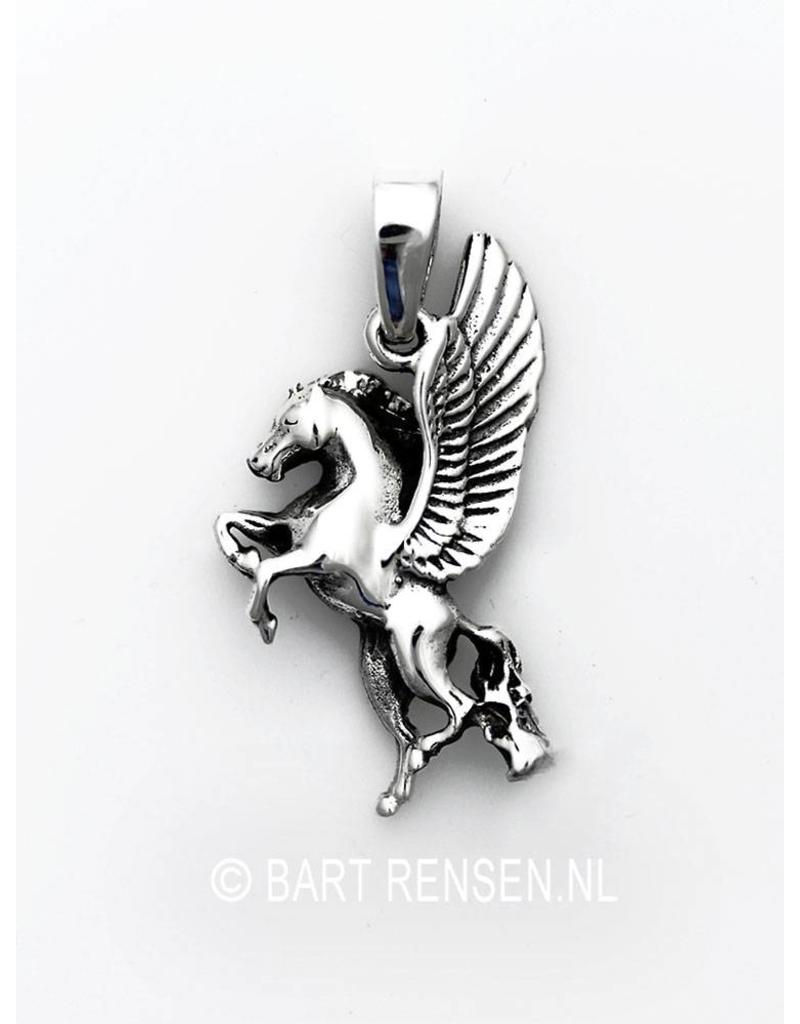 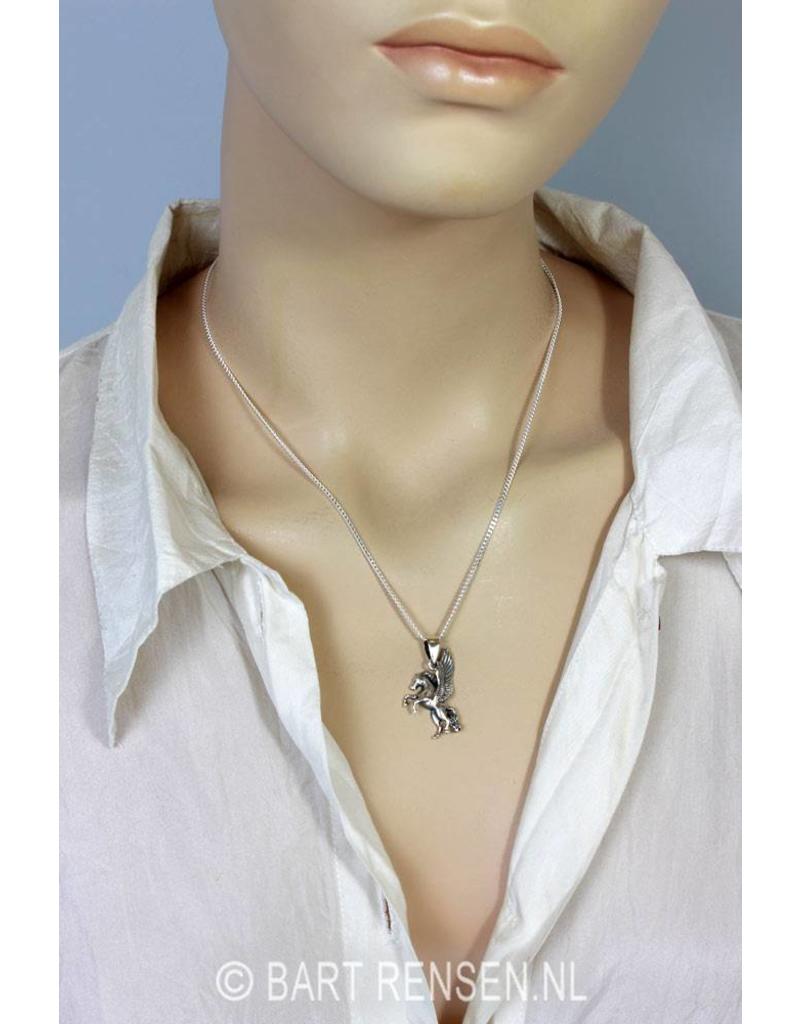 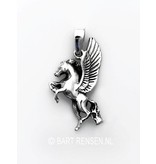 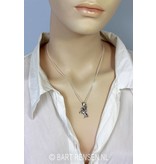 Pegasus was the name of a divine winged horse. He was a "child" of the Gorgona Medusa.

According to the myth, Pigasos and Chrysaor emerged from Medusa's neck when Perseus concealed her. Some say that Poseidon (God of the Sea) is the father because the horse and Chrysaor originated when the blood of the beheaded head of Medusa fell into the foam of the sea. Chrysaor wore a golden sword at birth. Pegasus flew to Helicon Mountain in Boeotia, where the nine Muzen lived. At the place where he touched the ground, there was a source that was holy to the Muslims. The name of the source was the Hippocrene (Paardenfontein). The myth said when one drank the water, one received the gift of sealing.

The Pegasus pendant symbol or the flying horse occurs in Greek Mythology. 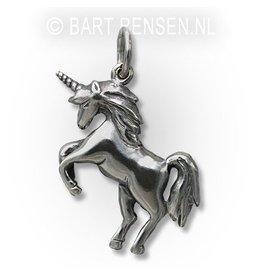