Silver Pentagram pendants from our own studio. (Most models are also available in gold).

The pentagram, pentacle, druid foot or five-pointed star has been through the ages the symbol of the reborn man, the new man. If we follow the lines of the pentagram, starting from the upper section (1) to the left-down (2), there is a continuous movement that shows how does this path of development. The I (1) descends into matter, being born (2). It follows growing up in the world (3), allowing you to consciousness (4) can come. By again in a conscious way with the earthly to go (5) they will be freed from dust and return to the origin (1).
It is also the symbol of the universe and its perpetual becoming, in which God's plan comes to disclosure. A symbol of man as a link between macro and micro cosmos.
It is best known as a magic sign to ward off and protection against negative forces. With the point upwards white, down to black magic.

The Pentagram lines divide in the proportion of the Golden Ratio. Therefore also the pentagram pendants refer to the forces and forms in nature. 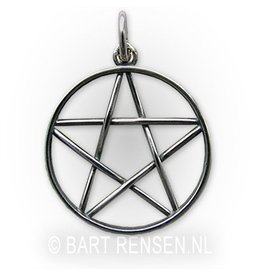 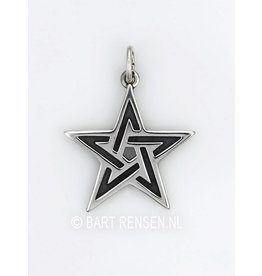 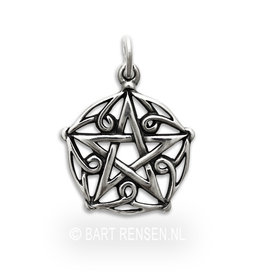 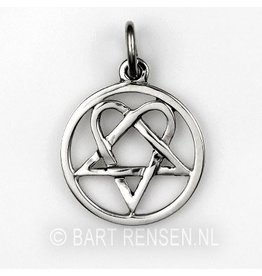 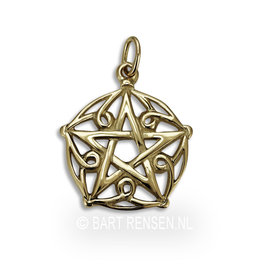