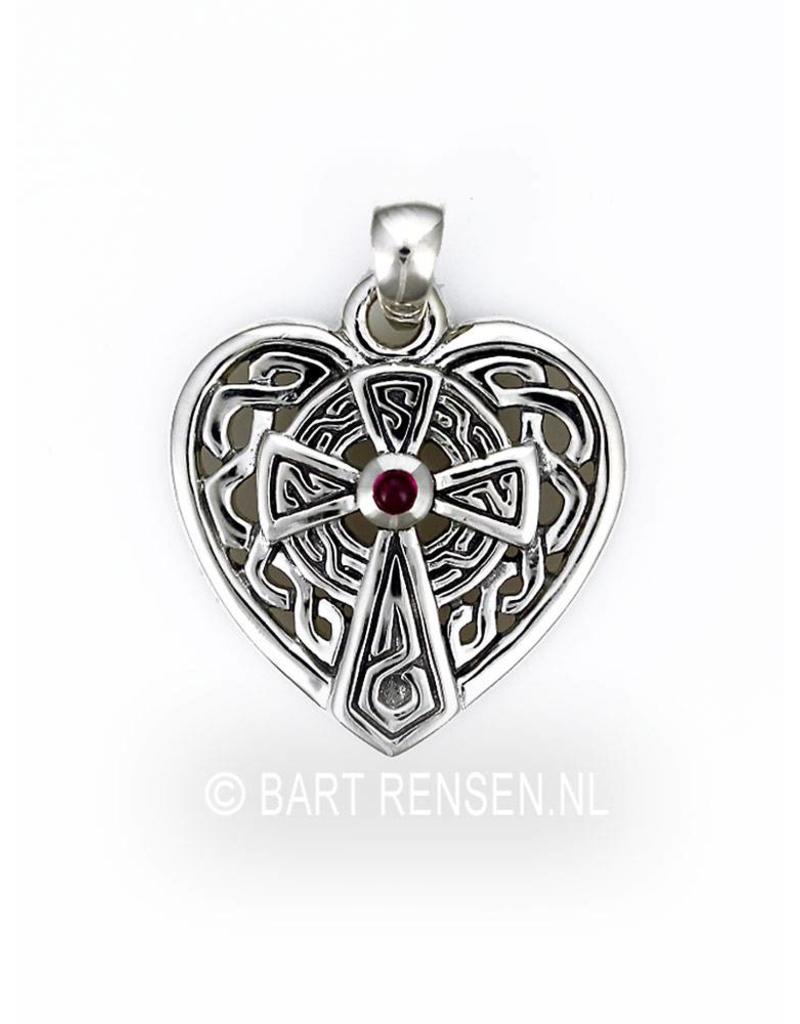 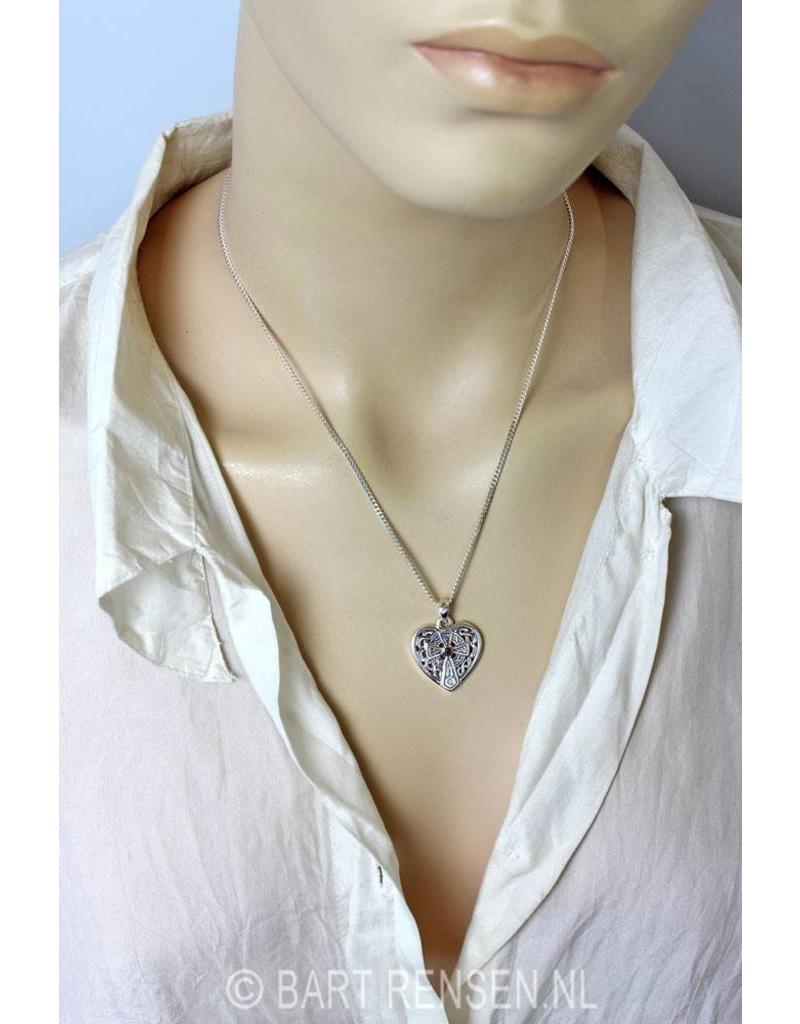 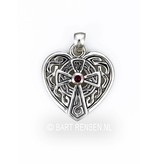 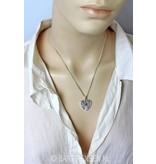 The Celtic Cross Heart pendant has a Heart shape, in the middle a red garnet stone.

Spiritually seen:
1 The physical or material heart with its ethereal counterpart that makes it interesting.
2 The heart chakra: the middle of a system of seven power centers (chakras) related to inter alia the interaction with others,
the right to love and be loved, and the social identity.
3 The spiritual immortal nucleus in the human system (microcosm)
that is also called the primal atom, spirit spark, divine spark.

Celtic Cross.
Under the influence of probably Coptic Missionaries (Christian descendants of the Ancient Egyptians), Christianity spread in Ireland among the Celts, led by the Druids. They already knew a deity with three faces, of which various images and images exist. As a result, the idea of the Christian trinity also resonated, as it was proclaimed by the missionaries. Through the years the Druids converted or at least offered little or no resistance. The Cross was already known to them as a sign of the earth in NZ and OW. Since they worshiped the Sun in their system as a source of light and heat, with the influence of this on the different times of the year, the isosceles cross with a circle centered therein. The converted Celts used this sign because Cross and Light were directly related to the Christ. You can also symbolically see the circle and the cross as heaven and earth. The lower beam was later extended so that the cross was placed high. The four hollows or openings within the circle have arisen in the course of time. The cross is often seen in block form with biblical representations or braid decorations on the blocks. The cross with the same beams is called the Druid Cross and the other is the Celtic Christian Cross. The Chr. However, Celts have never depicted a suffering Christ on their crosses. The image of the crucified Jesus came into existence much later in both the Eastern Orthodox and Western Catholic Church.

A combination of 2 powerful symbols, a Celtic Cross Heart pendant is wonderful to wear. 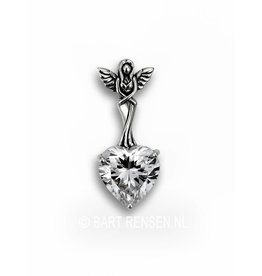