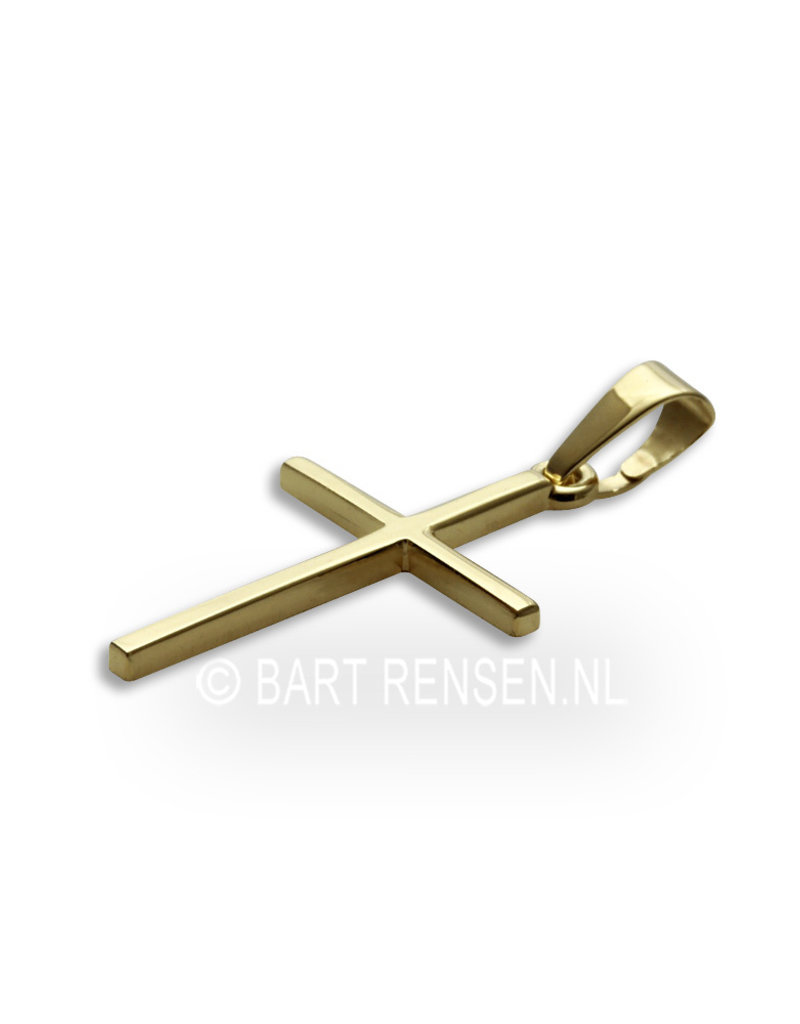 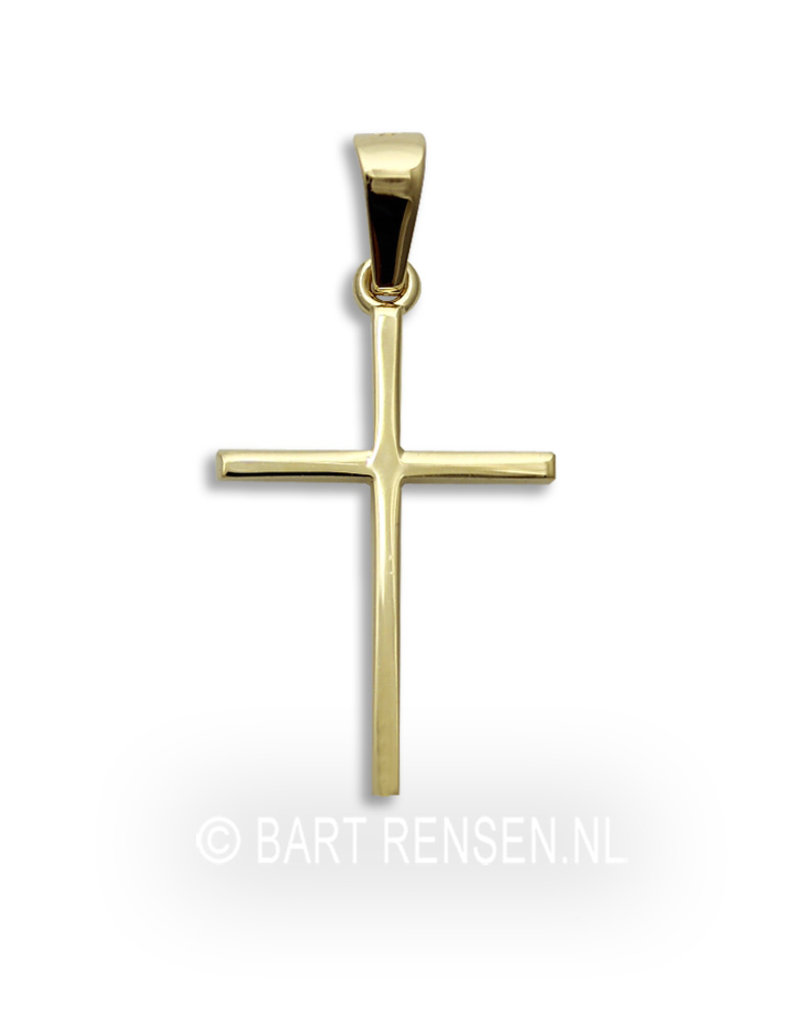 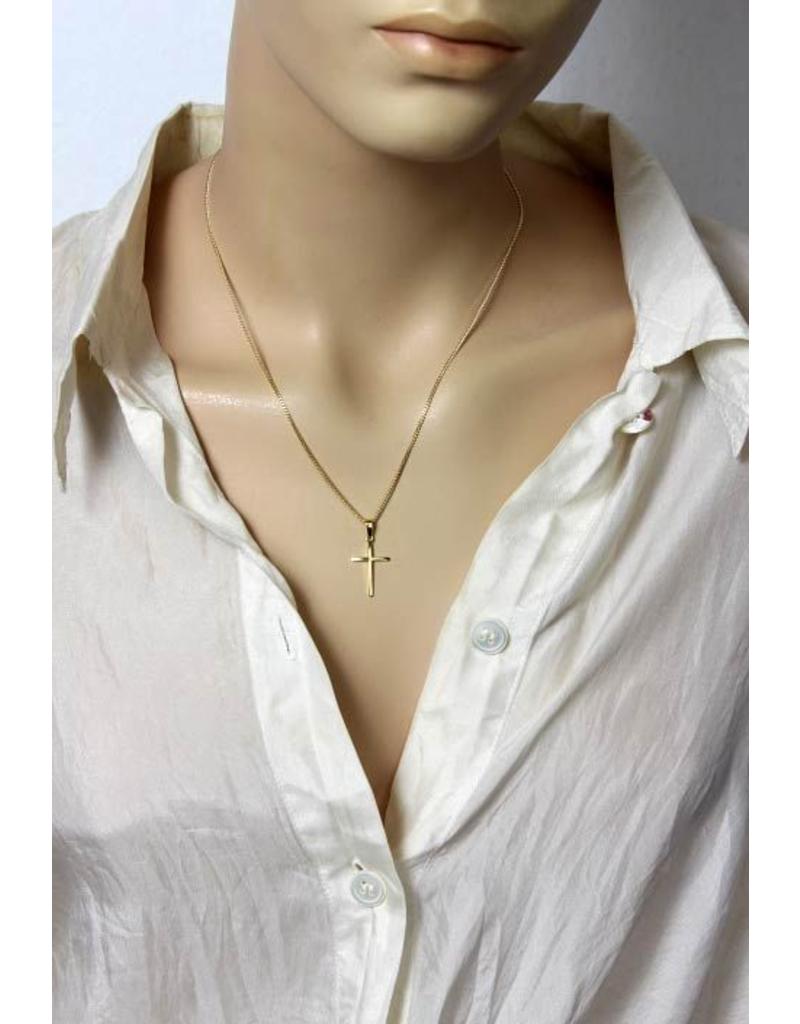 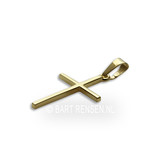 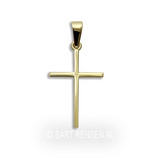 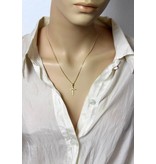 A golden cross consists of a vertical line that is intersected by a horizontal line.

Since the crucifixion of Jesus, the cross has been the symbol of Christianity.

For Christians, after the crucifixion of Jesus, the cross has become the main sign of faith. It is seen as a sign of suffering and victory, the latter because at Easter it is commemorated and celebrated that Jesus was risen from the dead and thereby redeemed the people, as in John. 11.25 it says: "I am the resurrection and the life. He who believes in me will live even if he has died."
The cross is the unique sacrifice of Jesus, the love to the limit. The death of Him is the redemption by the Lamb of God that takes away the sin of the world.

The cross is the logo of the church that you see everywhere: on the tower of the church, on the wall at home, as a golden cross around someone's neck, or as a statue on a country road in Brabant. 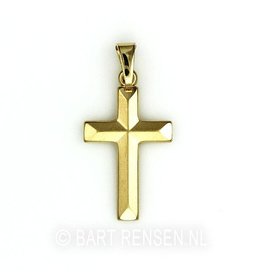 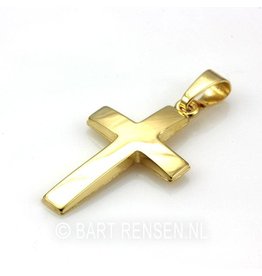