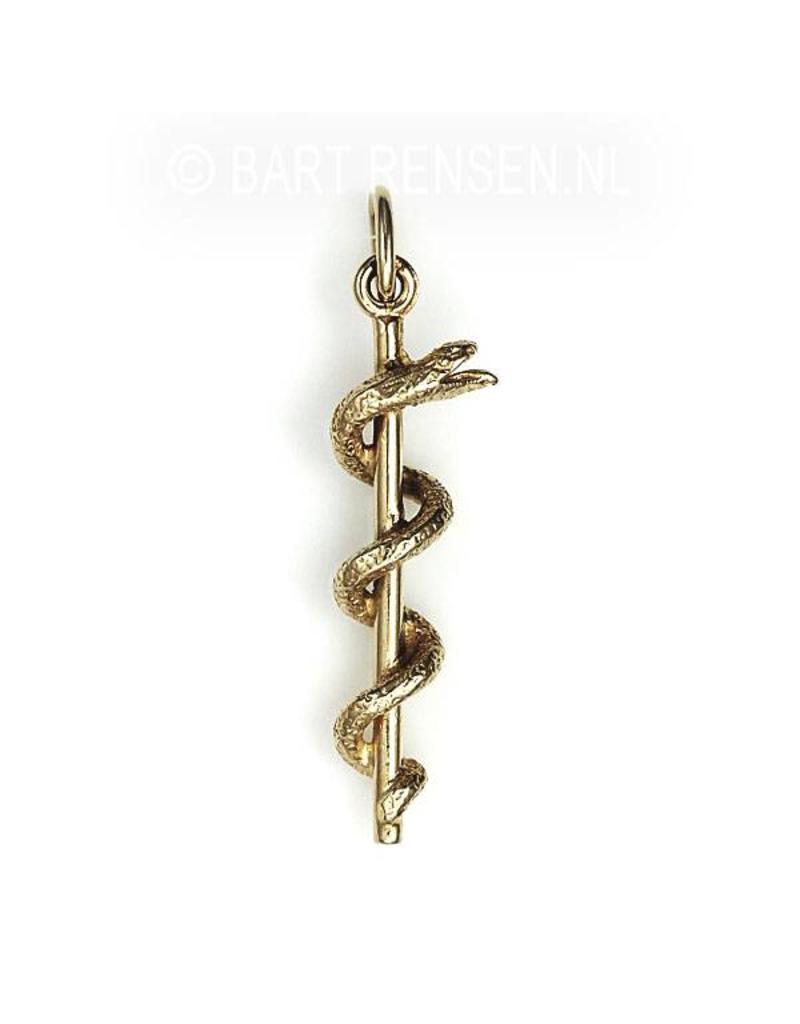 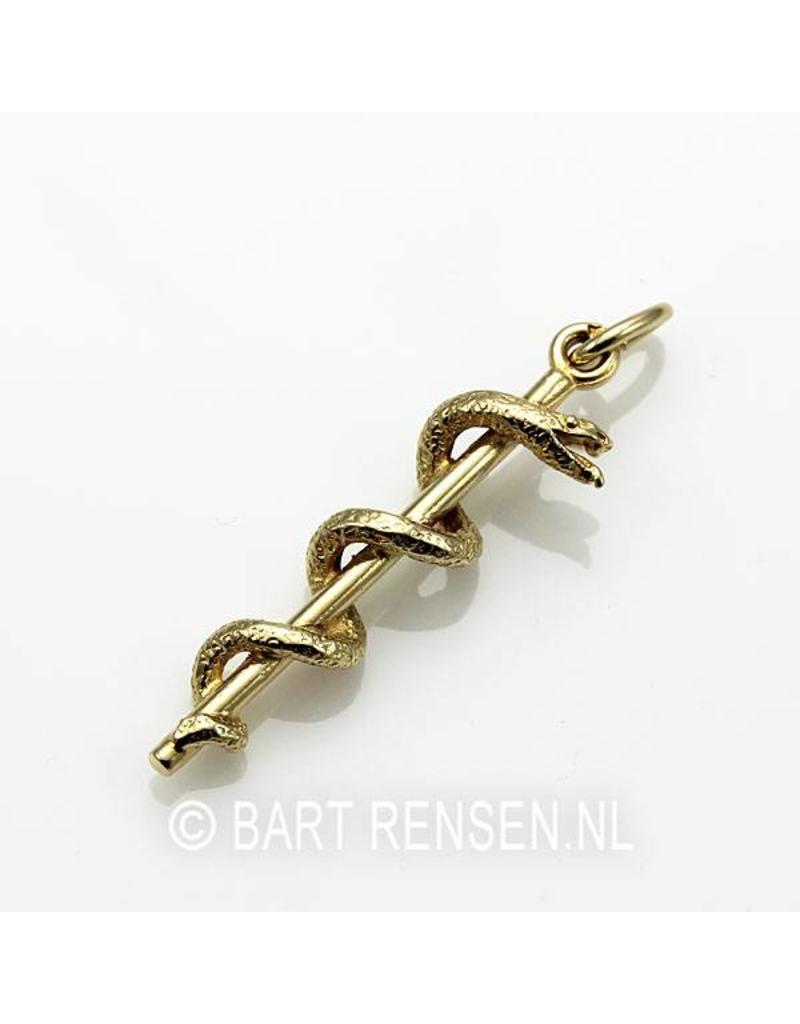 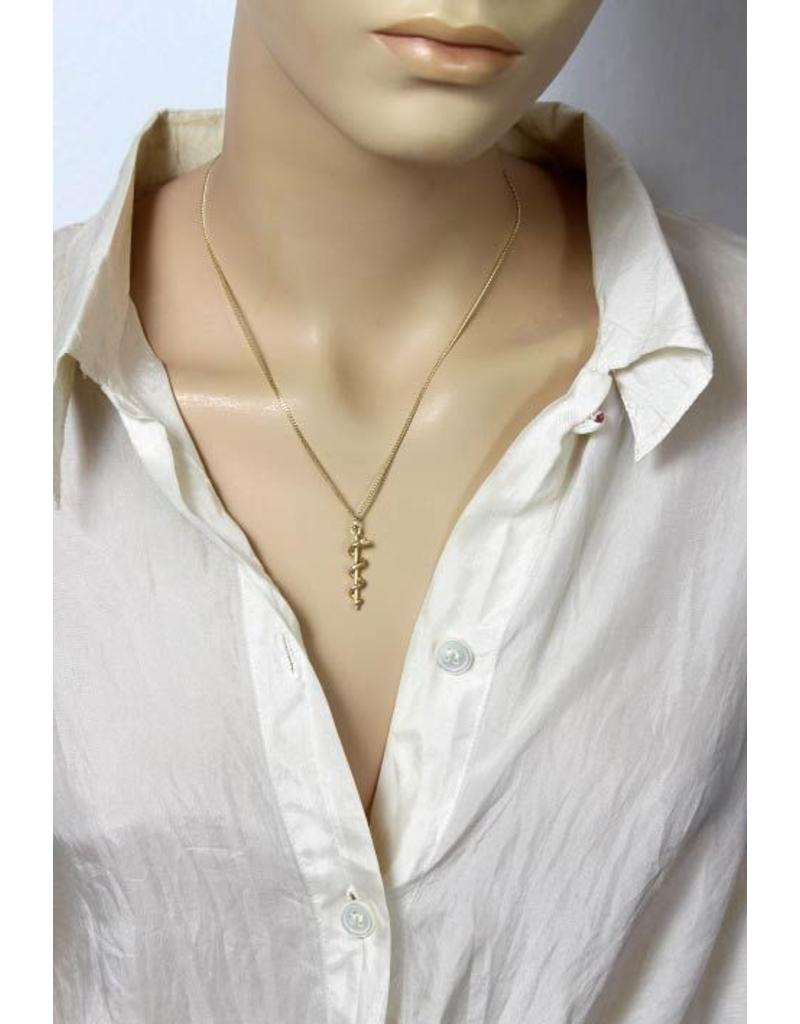 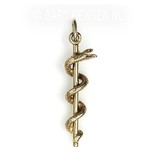 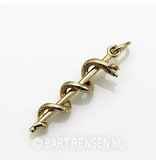 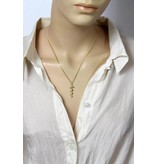 Look down the page for a suitable necklace.

The Esculaap or the rod of Asclepius is an ancient Greek symbol associated with the Greek demi-god Asclepius, astrology and medicine and healing.

Not to be confused with the symbol of Hermes, the caduceus, which holds a staff with two snakes entwined hands.

The caduceus is used for example in the logo of the World Health Organization, but is also used by doctors in the Netherlands as a sticker on the windshield of their car.
The medico since then is also represented as a symbol pharmacists, wherein a hose is drinking out of a large scale.

The snake is the caduceus symbol for healing, because this animal can shed its skin, which represents rebirth and healing.

The golden Rod of Asclepius pendant consists of a snake that wraps around a staff.

The pendant eye is unfortunately not soldered, otherwise great.

Answer: The pendant is from a different company and not from my own atelier, but I will solder every pendant eye from now on by myself. 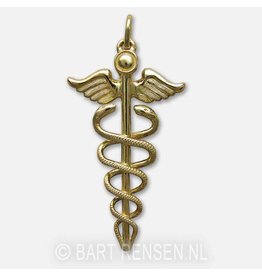 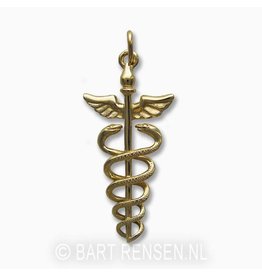 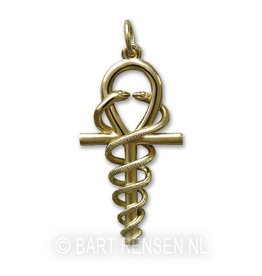 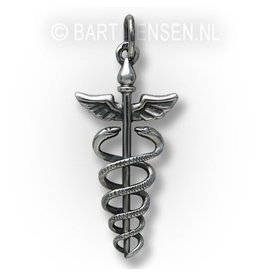