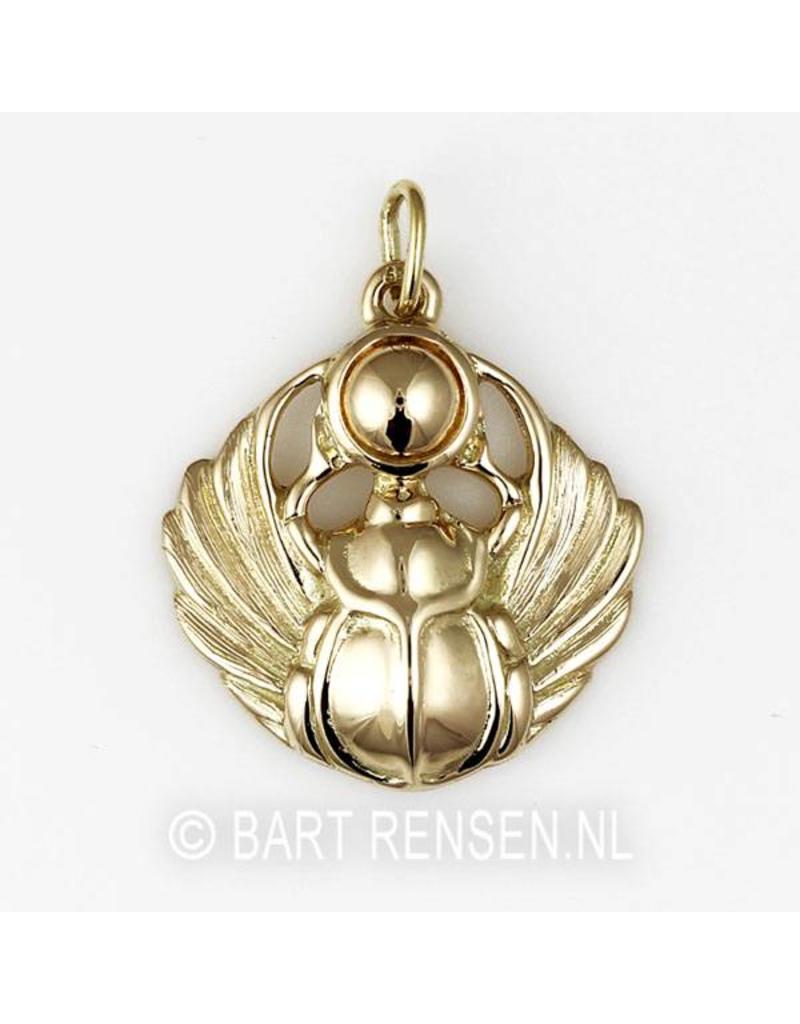 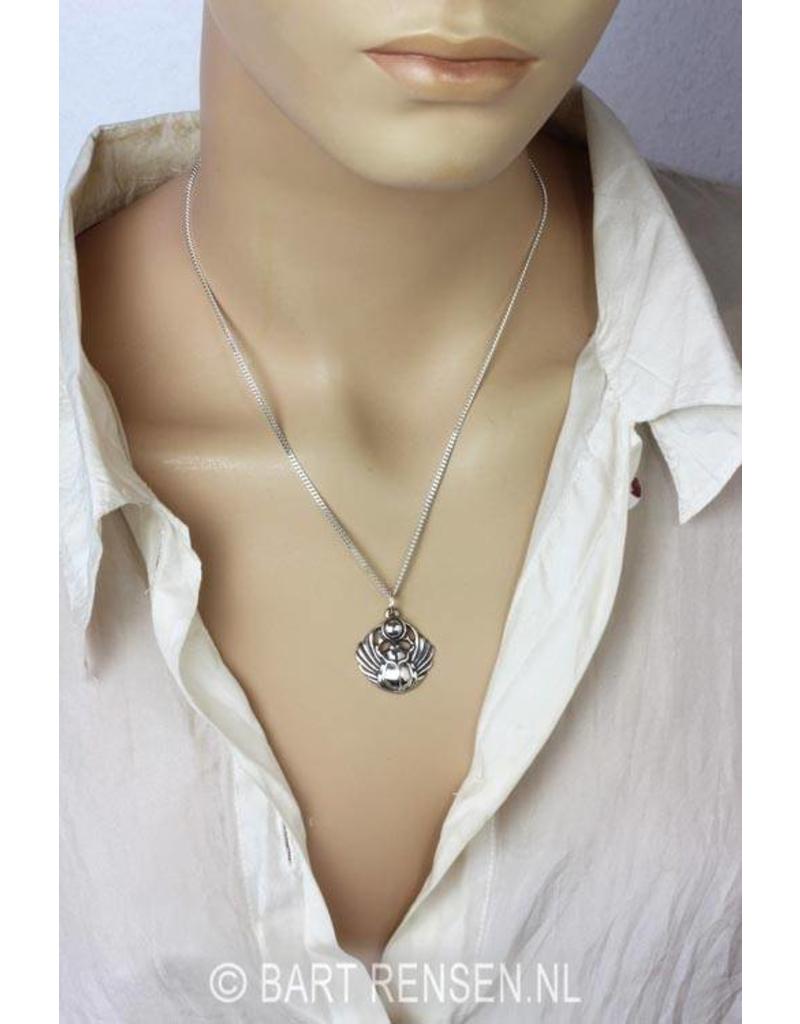 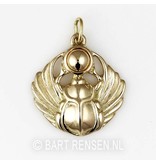 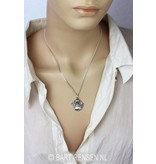 Look at the bottom of the page for a matching necklace for this scarabee pendant.

The symbol of immortality and resurrection.

The symbol is derived from a common beetle in Egypt that puts her eggs in a ball of manure. Because the beetle rolled this ball for itself, this movement was compared to the sun in its circulation along the sky, because it was thought that the god of creation propagated the sun in the same way as the beetle the mushroom. The burying of the ball was symbolically undergoing the sun, after which there was a new life at every sunrise. Because the ball contained live germs, which developed in the heat as beetles, it also became a symbol of fertility and creativity.

The golden Scarabee pendant is a symbol for 'coming to life'. 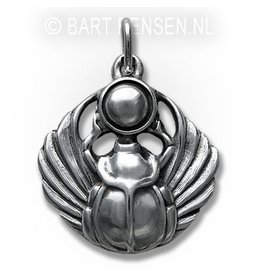 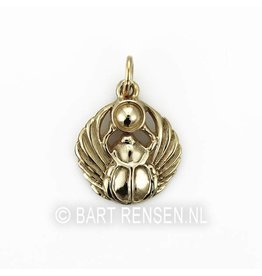 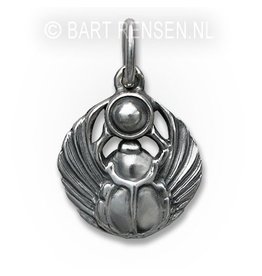