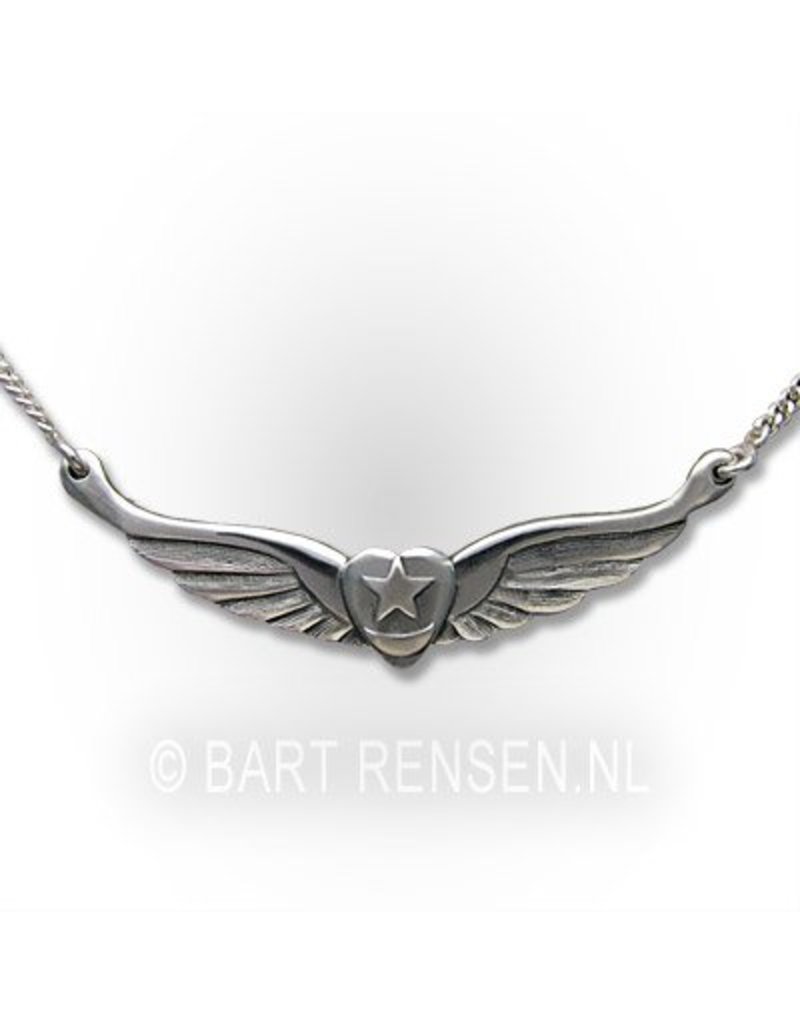 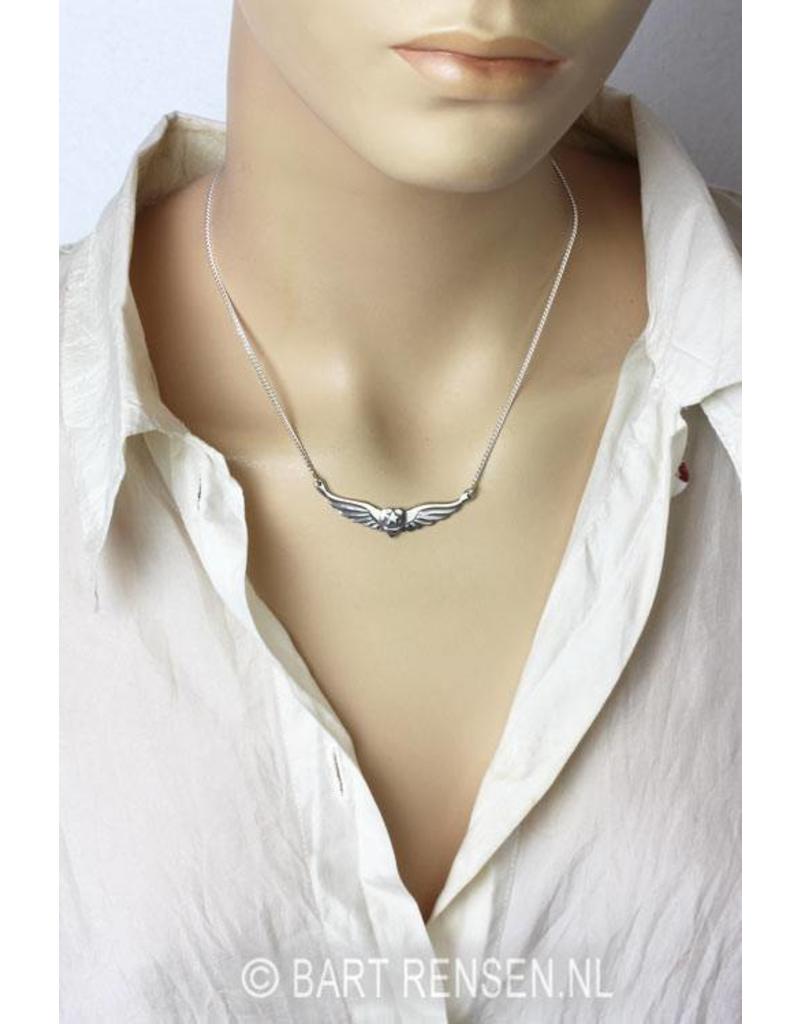 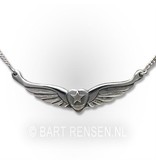 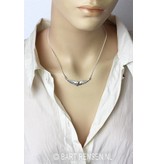 (No gold shown yet).

Sufi symbol is a heart that is carried wings. The heart is a star and a moon.

The path of the Sufi is that of the heart, the way of love, harmony and beauty and every seeker of the Truth is actually a Sufi, or as he calls or not.

Sufism is not a religion but rather the essence of all religions and of universal brotherhood. One wants the unity of apparent differences in religions visible. However, Sufism has many characteristics of a religion, by including the use of an altar, candles, incense, etc. The Sufism is not complete as "sama" is not to be called the spiritual music, song and dance. The best known form of sama is that of the "Whirling Dervishes" of the Mevlevi order, named after the saint and poet Jalal al-Din Rumi. In thin music of the nay or flute the dervishes turn around in intense mental concentration, with one hand to heaven for blessing, and the other to earth to pass it.

The golden Sufi pendant is made in our workshop. 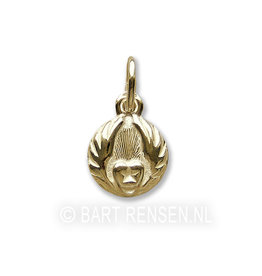