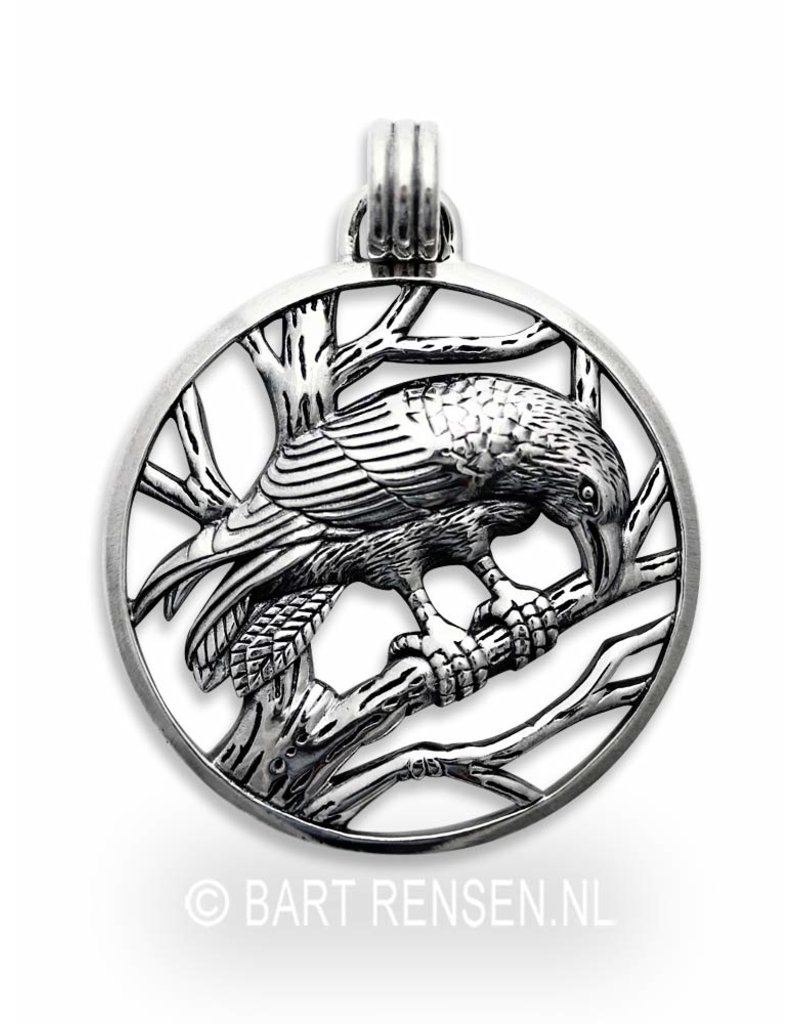 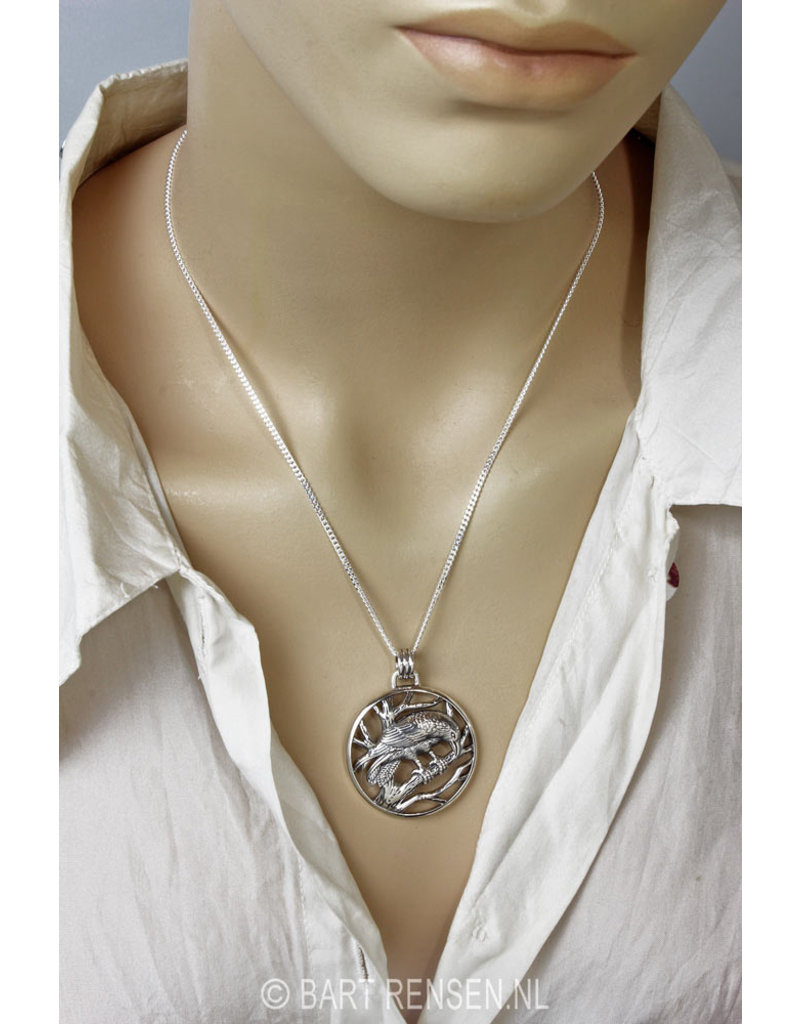 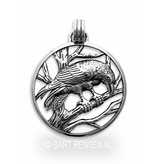 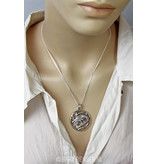 Look at related products for a suitable necklace.

The raven has symbolic significance in many cultures.

It is a divine bird because it can speak; hence it is a symbol for prophets, who are also regarded as a mouthpiece on behalf of the gods.
On the one hand he has to do with the sun and the light, on the other hand with death and darkness, as everything has an opposite (Yin-Yang).

In Scandinavian and Germanic mythology, the god Odin or Wodan has two ravens on his shoulder; one is Hugin (= thinker) and the other Munin (=memorial): they come to tell everything they have seen.

Norsemen and the Vikings used the image of the raven as their hallmark.

The Celts attributed divine power to it: divine art; victory in battle; fertility. 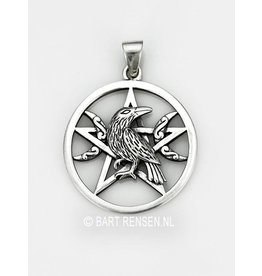