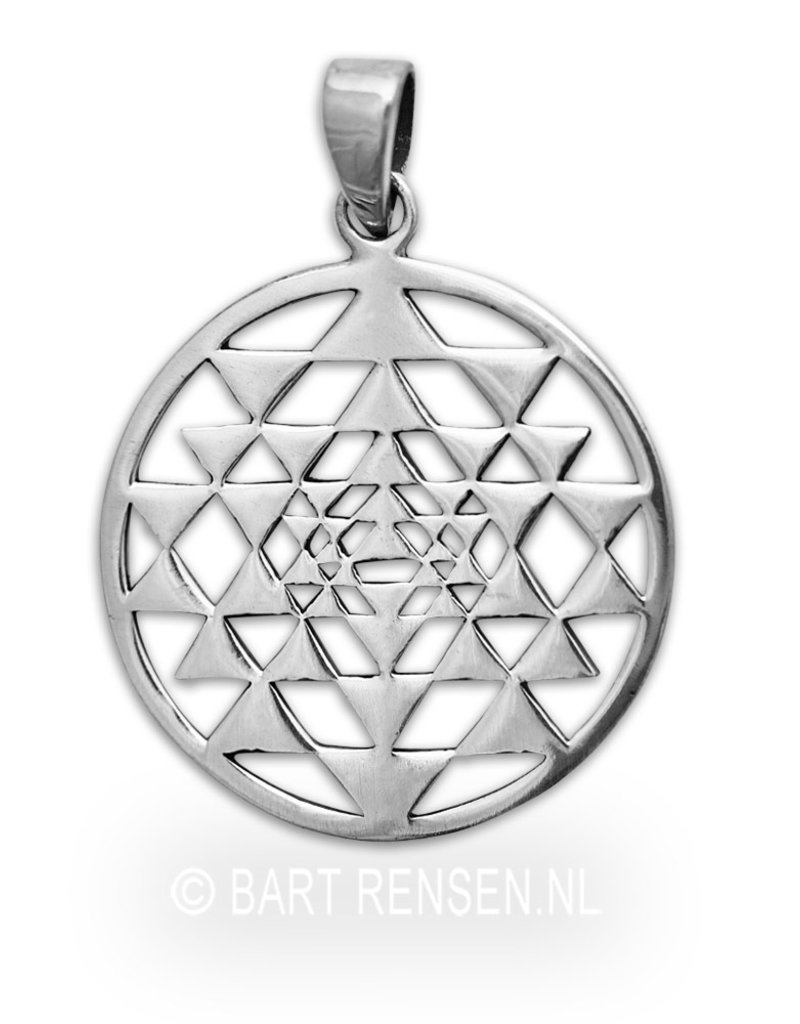 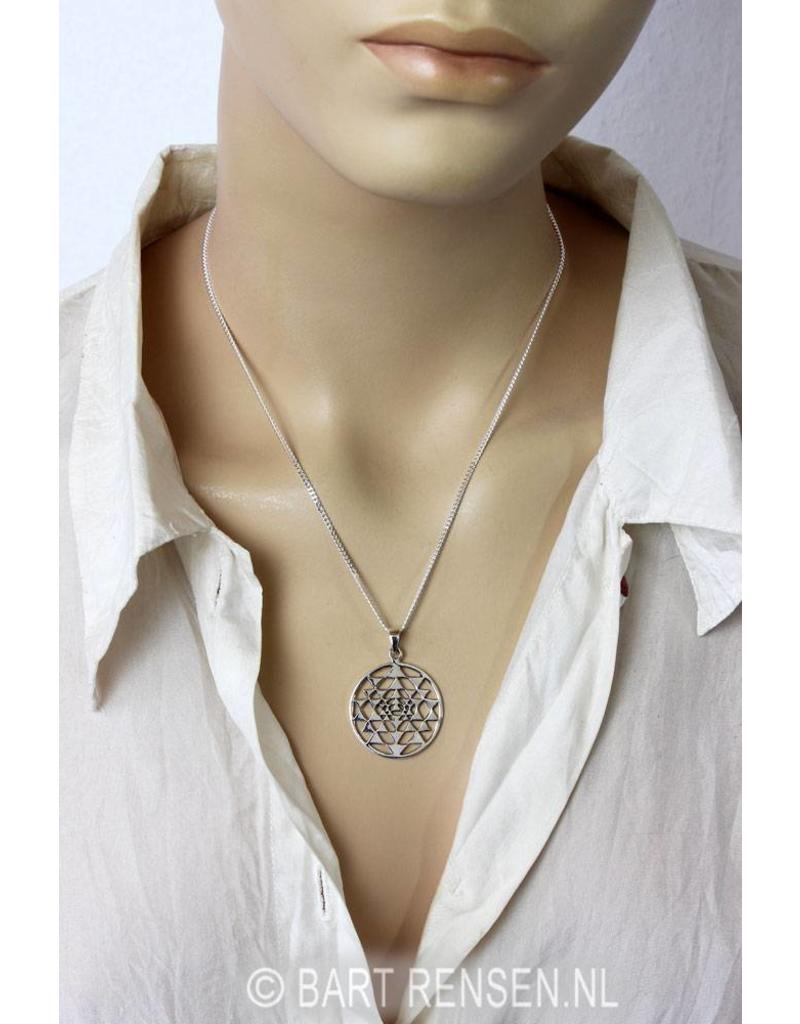 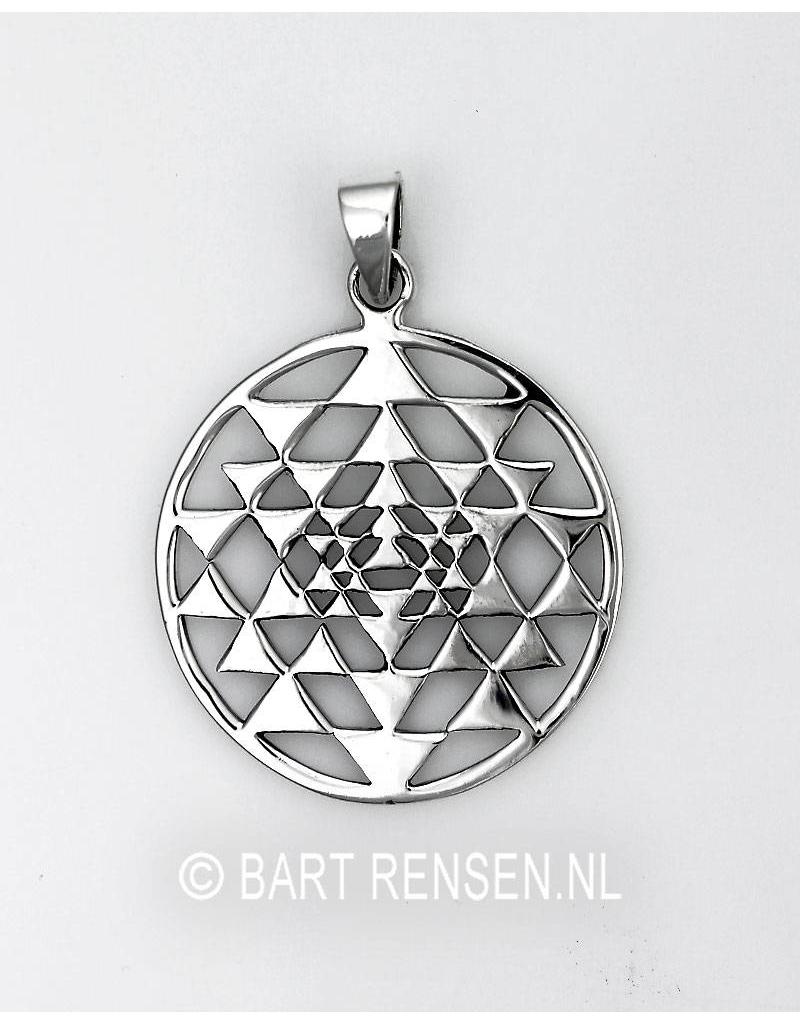 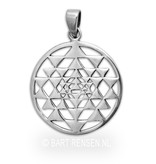 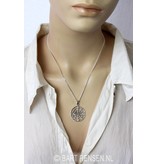 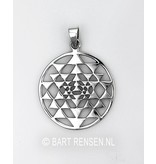 Look below for a matching necklace.

The symbol is composed with nine overlapping triangles.

Four of his triangles from the Sri Yantra pendant points couple above and five triangles down.

The four upward-facing triangles are Shiva triangles and represent:
• the male energy in the form of Chitta (his)
• Buddhi (intellect)
• Ahamkar (consciousness)
• Manas (the ratio)

The combination of these nine triangles makes the Sri Yantra the most dynamic of all Yantras. When we build a similar figure from eight intersecting triangles, from four to the top and four to the bottom, we get an extraordinary static shape. The Sri Yantra is an asymmetrical figure although it looks symmetrical.
If the four Shiva and five Parvati triangles cross and partly overlap, you will get forty-three recognizable triangles. Here the male and female forces penetrate and cross the cosmos. 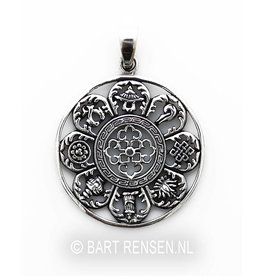