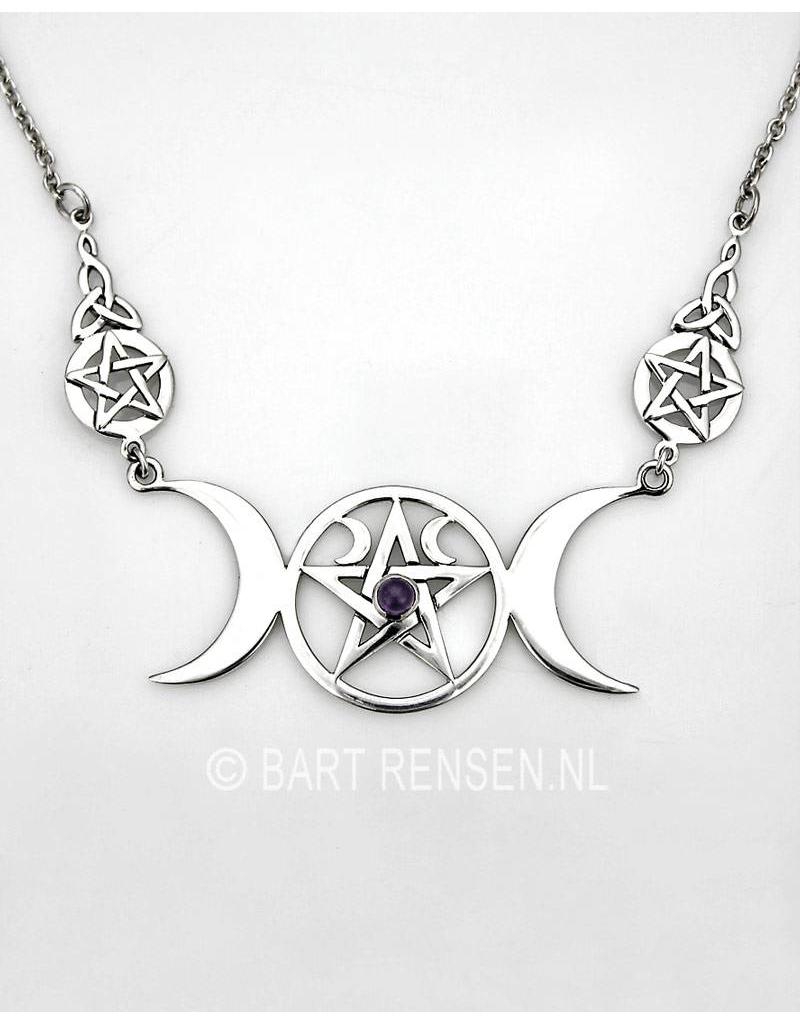 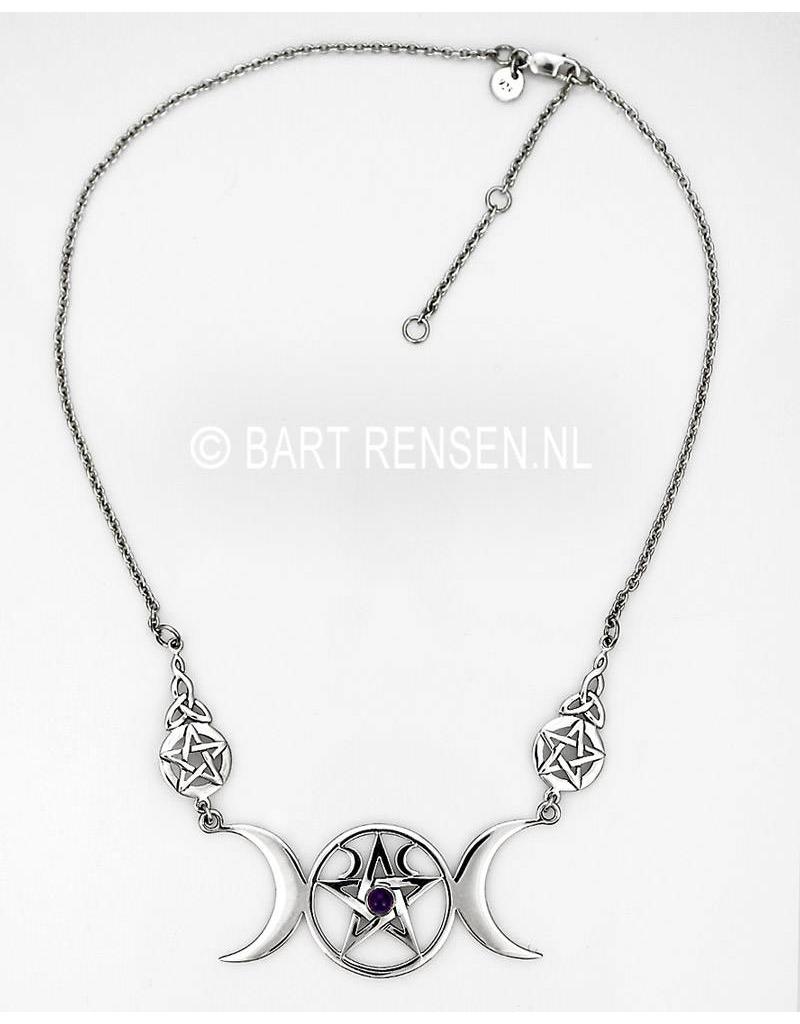 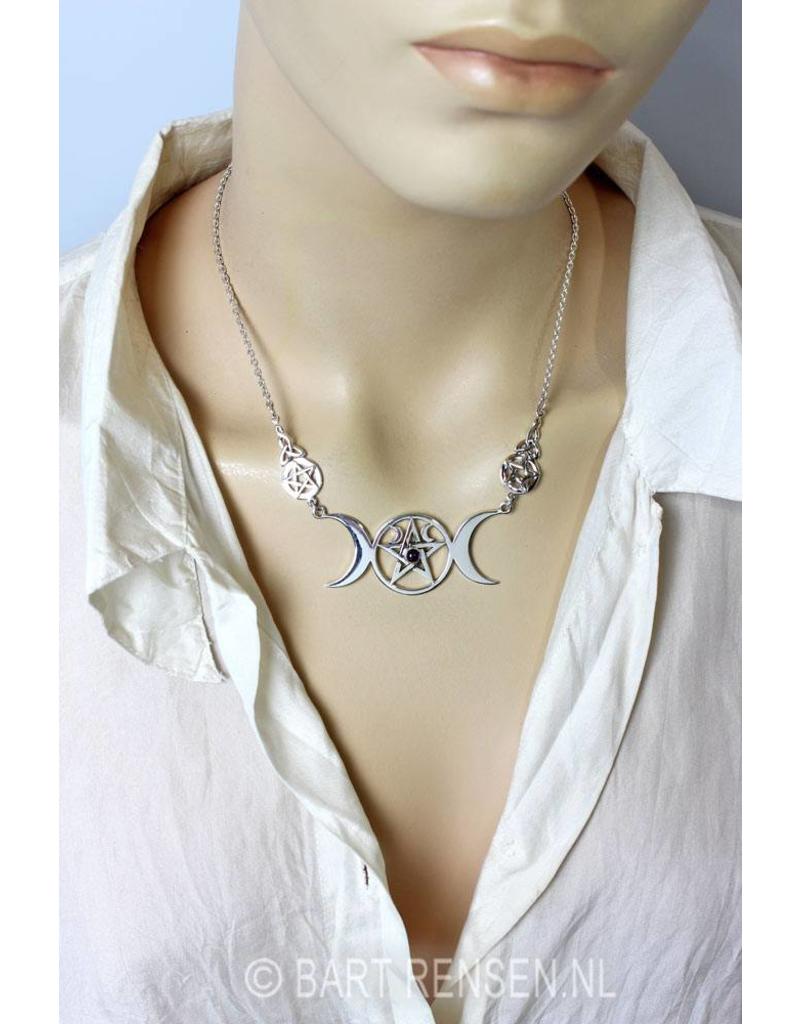 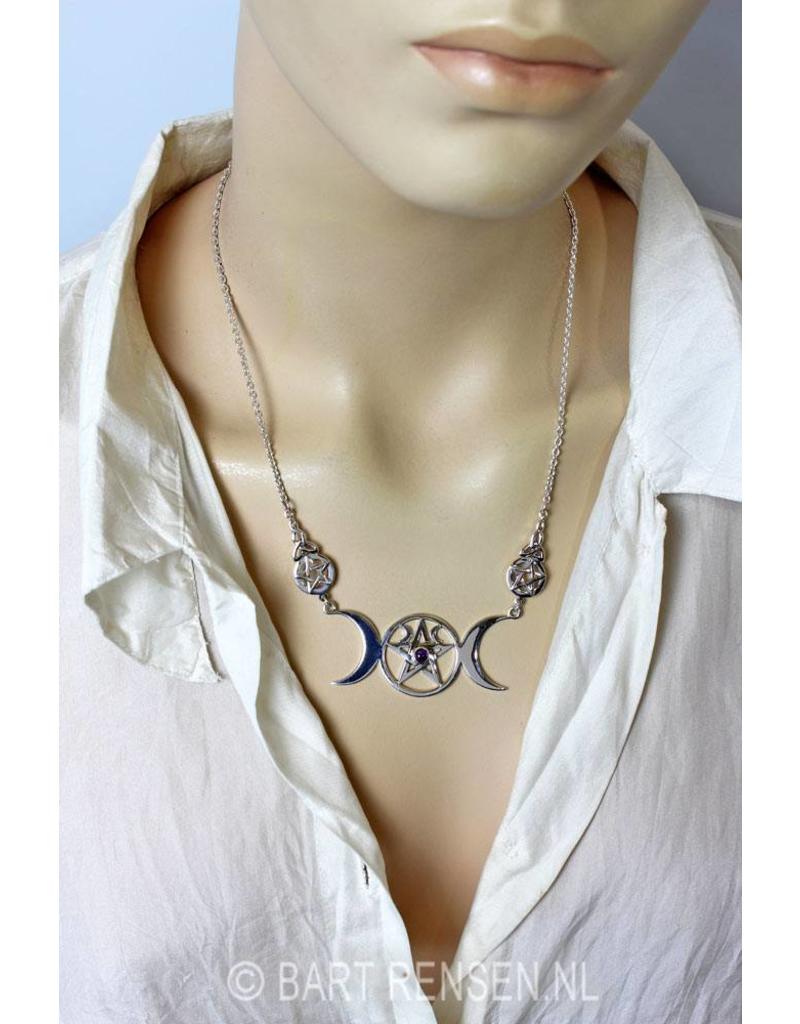 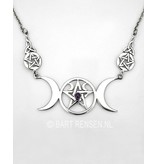 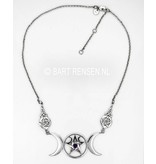 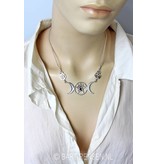 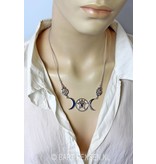 Wicca symbol or triple goddess.
The threefold goddess is a full moon, depicted with a crescent moon on the left and right.
This symbol is used in Wicca culture and has existed since ancient times. In the circle of the full moon is a pentagram, 2 moons and a Amethyst gemstone.

This goddess is similar to the Celtic Mother Goddess. The full moon represents the nurturing mother, and the two moons next to it stand for the young girl and the old wise woman. This is also the meaning of the 2 triquetra on the chain).

The Pentagram.
The Pentagram, Pentacle, Druid's foot or five-pointed star has always been the symbol of the regenerated man, the new man.

If we follow the lines of the pentagram, starting from the top point (1) to the left-down (2), there is a continuous movement that shows how this development path is proceeding. The I (1) descends into matter, being born (2). From this follows the growing up in the world (3), through which one can attain consciousness (4). By again consciously dealing with the earthly (5) one will be liberated from the material and return to the origin (1). It is also the symbol of the universe and its eternal becoming, in which God's plan comes to revelation.
The silver Pentagram pendant is a symbol for man as a link between macro and micro cosmos.
For Pythagoras, the pentagram was a sacred symbol of physical-psychic harmony and therefore a sign of healing and health. It is best known as a magic sign for defense and protection against negative forces, spirits and demons. With the point up for white, down for black magic. Because the lines divide each other into the Golden Ratio ratio, the silver pentagram pendant also points to the forces and forms in nature.

A combination of many symbols can be found in this silver Wicca necklace!

Add your review
4,5 stars based on 2 reviews
Maan hanger / Pentagram hanger / Zilveren Pentagram hanger
Add to wishlist / Add to comparison / Print
Please accept cookies to help us improve this website Is this OK? Yes No More on cookies »