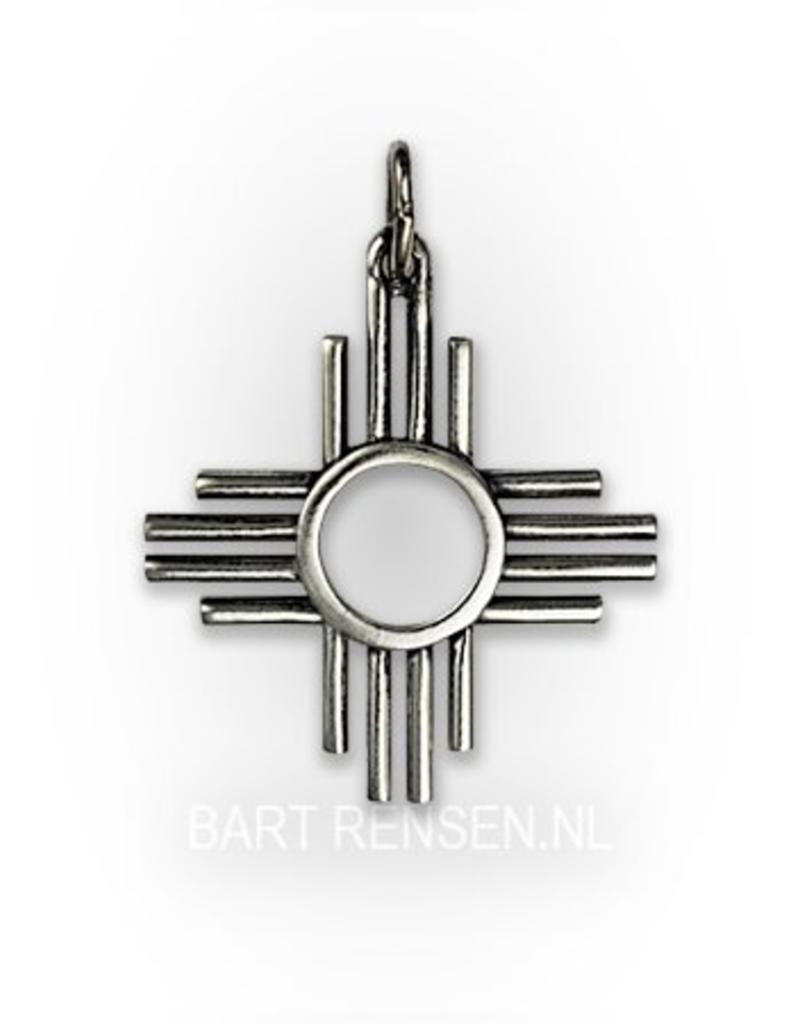 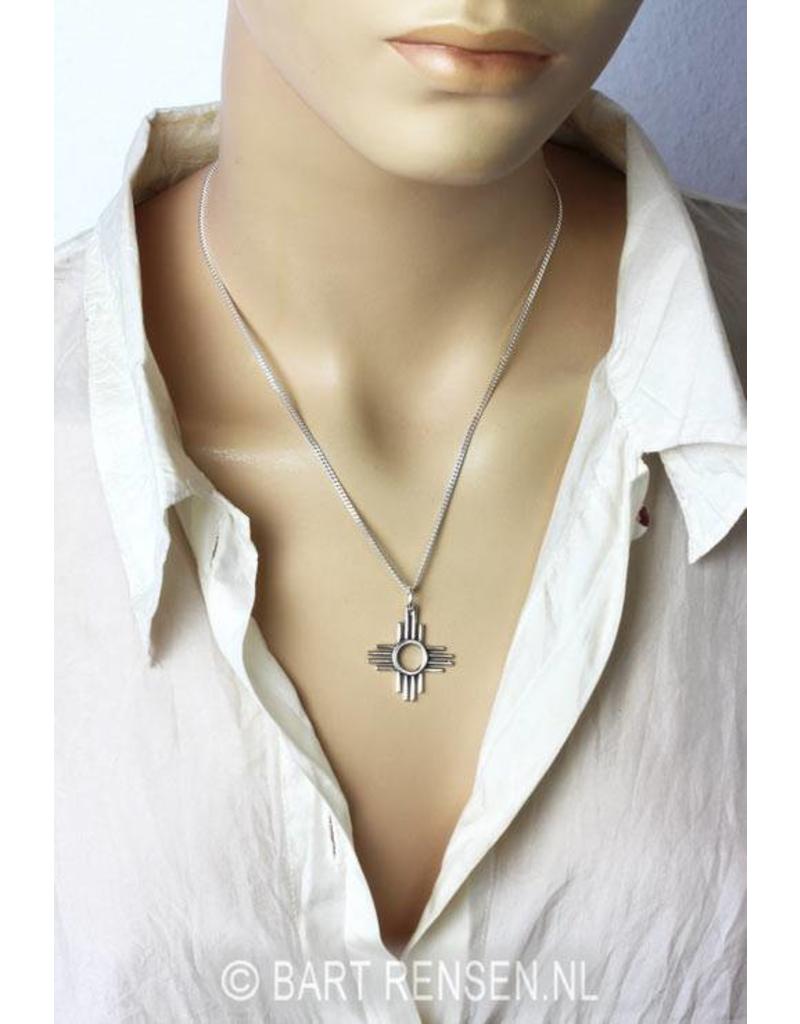 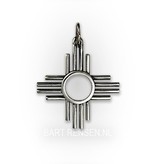 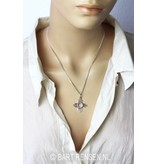 Zia Indians of New Mexico regard the Sun as a sacred symbol, and four is the sacred number of Zia.
These are found in the four points ahead from the circle.
The four stand for:

The Zia philosophy believes that everything is interconnected in an eternal circle of life and love, a great brotherhood of all things. The Zia also believe that man has four sacred obligations, namely to create:

The general symbolism is that of a cross, an ancient symbol of balance between heaven and earth. In the middle of the circle, the symbol of infinity. The circle creates a central point, our center, our core, our strength, our essence. From this centered place we are able to reach out and communicate.