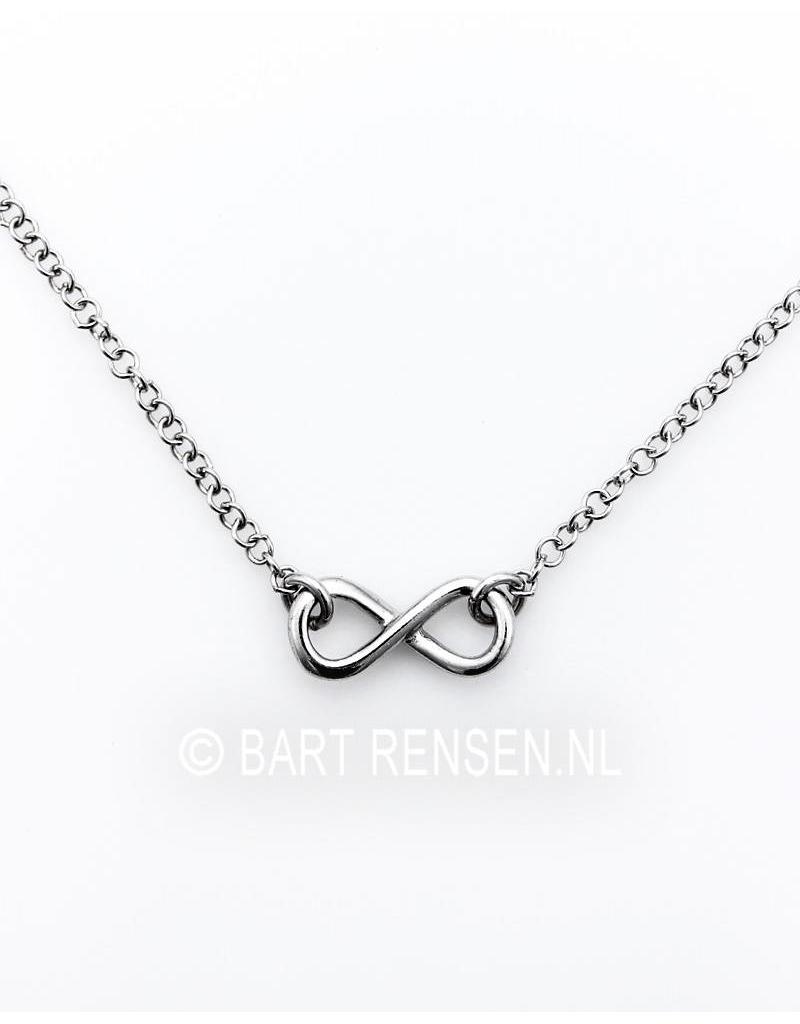 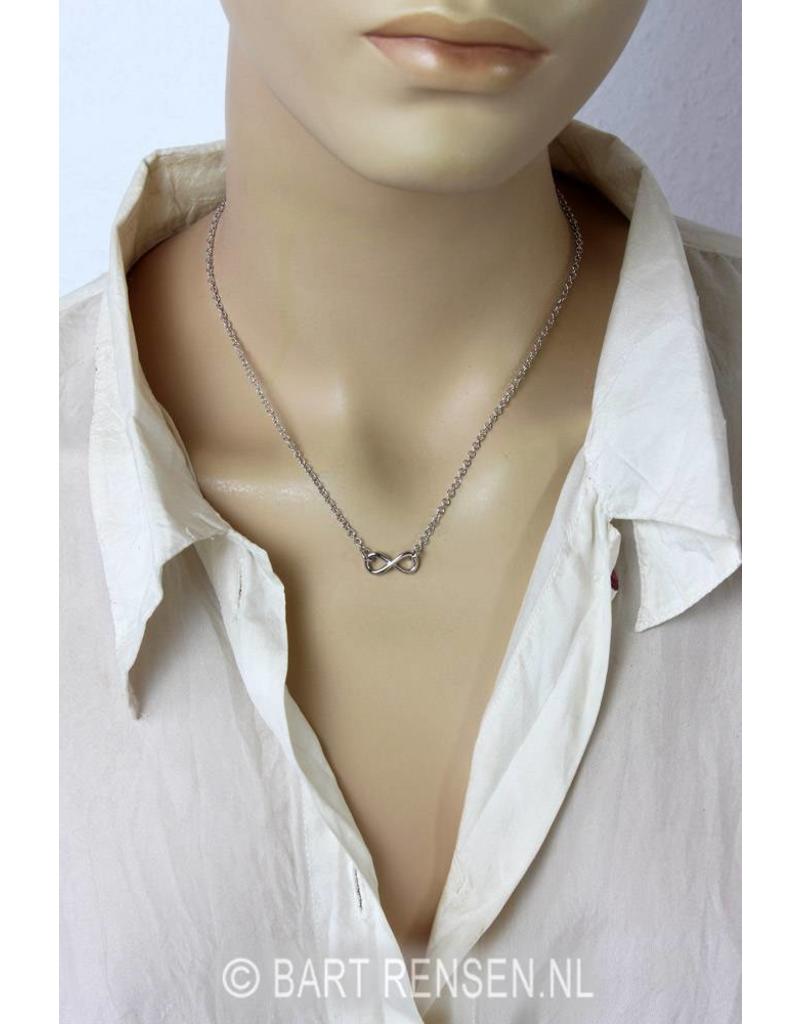 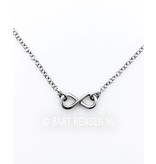 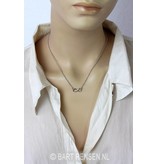 The associated fine jasseron-chain (2 mm switching) is adjustable from 40-44 cm.

The lemniscate occurs in the Tarot, the Magician, also known as the juggler is called. His hat has the shape of a lemniscate: the principle of eternity. This suggests that his creative activities in connection with divine powers. It is a symbol of the balance between the physical and the spiritual. The lemniscate is in mathematics is also the symbol for infinity to indicate. As an example, a division by zero produces an infinite number that we identify with this symbol. As such it is also the symbol of eternal life and the interaction of the opposing forces. The lemniscate refers to the law of cause and gevolg.oos continuous time. 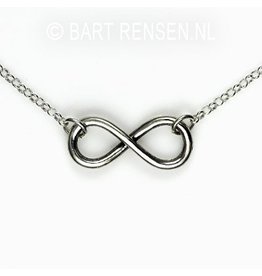 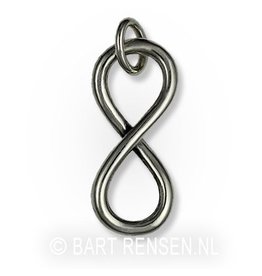